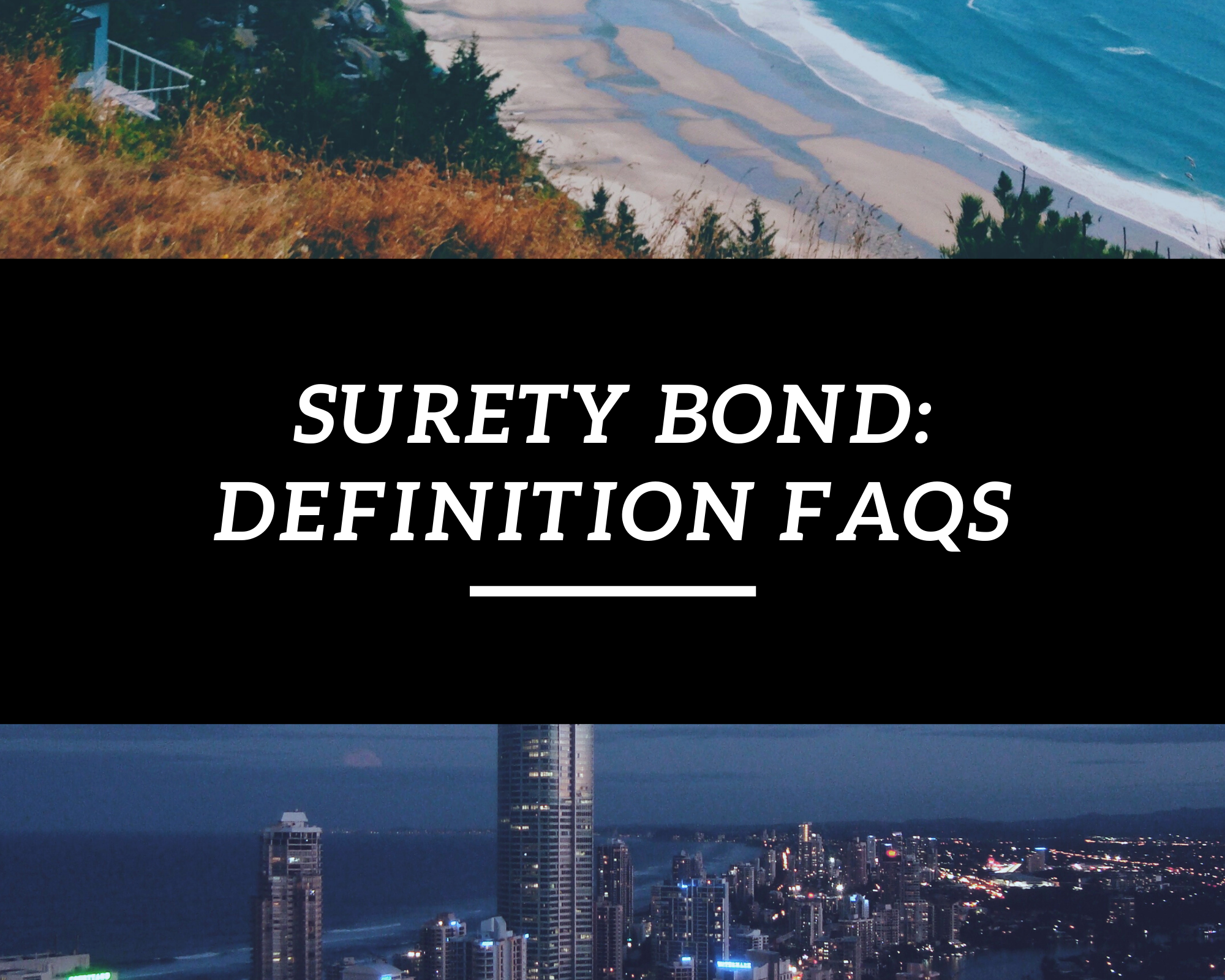 A surety bond is an agreement in which one party (the principal) promises to fulfill the terms of an obligation owed by another party (the obligee). If the obligor fails to meet the obligations, then the surety will satisfy it. Sureties are often used in construction contracts when there may be risks that contractors may not complete their work or they may do shoddy work. The surety ensures that if something goes wrong with your project, you can still get compensated for damages and delays.

The contract states that the individual will comply with certain standards in order to receive the benefits of the contract, such as receiving payment for work completed. The third-party ensures compliance by holding money or property in case the person does not fulfill their obligations under the agreement.

This type of bond applies to any situation where someone is providing goods or services without being paid upfront, including contractors, babysitters, and caretakers. A surety bond protects both parties involved from losing out on time and money if something goes wrong during a transaction.

What is an obligee?

What is an obligee? The term “obligee” can refer to a person, company, or organization that will have the right to either receive or demand performance from the other party in a contract. In the case of a surety bond, it refers to someone who has been promised by another company that they would provide a guarantee.

An obligee is a person or entity that has been wronged and seeks compensation for damages. An obligee may be a third-party beneficiary of an agreement if they have suffered damages as a result of the agreement, such as in a surety bond.

A surety bond can be thought of as insurance against default by one party to an agreement, which will then compensate the other party in case there is a breach. The term “obligee” comes from legal terminology meaning “one who owes something under contract”.

What is a fidelity bond?

In the financial world, a fidelity bond is an insurance policy that covers fiduciary duties. In other words, it protects against dishonest acts or errors by an investment professional. The coverage usually includes losses from theft and embezzlement of client funds as well as forgery of signatures on securities transactions. Fidelity bonds are often required to be obtained before becoming licensed in certain professions like brokers and investment advisors.

A fidelity bond is a form of insurance that protects against the risk of theft, embezzlement, or other dishonest acts by an employee. It can be taken out for employees in order to cover damages from the financial impacts.

This type of policy may insure up to $10 million dollars worth of assets and provide coverage for both personal property and business equipment. The cost will depend on what you’re looking to protect, but it’s usually not more than 1% per year.

What is an indemnity agreement?

An indemnity agreement is a contract in which one party (indemnitee) agrees to protect and defend another party (Indemnitor), typically the person or entity that has a liability, from losses. Indemnities can be used to cover for injuries or other damages incurred by an individual as well as financial loss to the company. In addition, an indemnity agreement may also include provisions such as requiring either party’s consent before any lawsuit is filed against them and how disputes will be handled if they arise.

An indemnity agreement is typically used when an individual or company must assume responsibility for another’s cost. For example, if Bob owns a car dealership and Jane buys a car from him but then crashes it on her way home, Bob may enter into an indemnity agreement with Jane where he will pay for repairs to the damaged vehicle.

An indemnity agreement can be written by either party at any time, as long as there are no conflicts of interest between them. A conflict of interest would include being related to each other or being business partners.

What is a trustee?

A surety bond is a legal contract between the principal and the obligee in which the principal agrees to pay any damages that may be incurred by an obligee. A trustee, also called co-surety, is when two or more people agree to share liability for a single obligation.

This can be helpful when one person cannot meet their obligations alone. It’s important to note that if you are acting as a trustee, you must have sufficient assets and creditworthiness to cover your own share of responsibility plus any additional shares assigned to you by other trustees.

The role of the trustee is to ensure that these assets are used prudently and with integrity while acting in the best interest of beneficiaries. The duties may include ensuring funds are invested wisely, collecting income from investments, distributing dividends or proceeds on liquidations, and paying taxes as required by law.