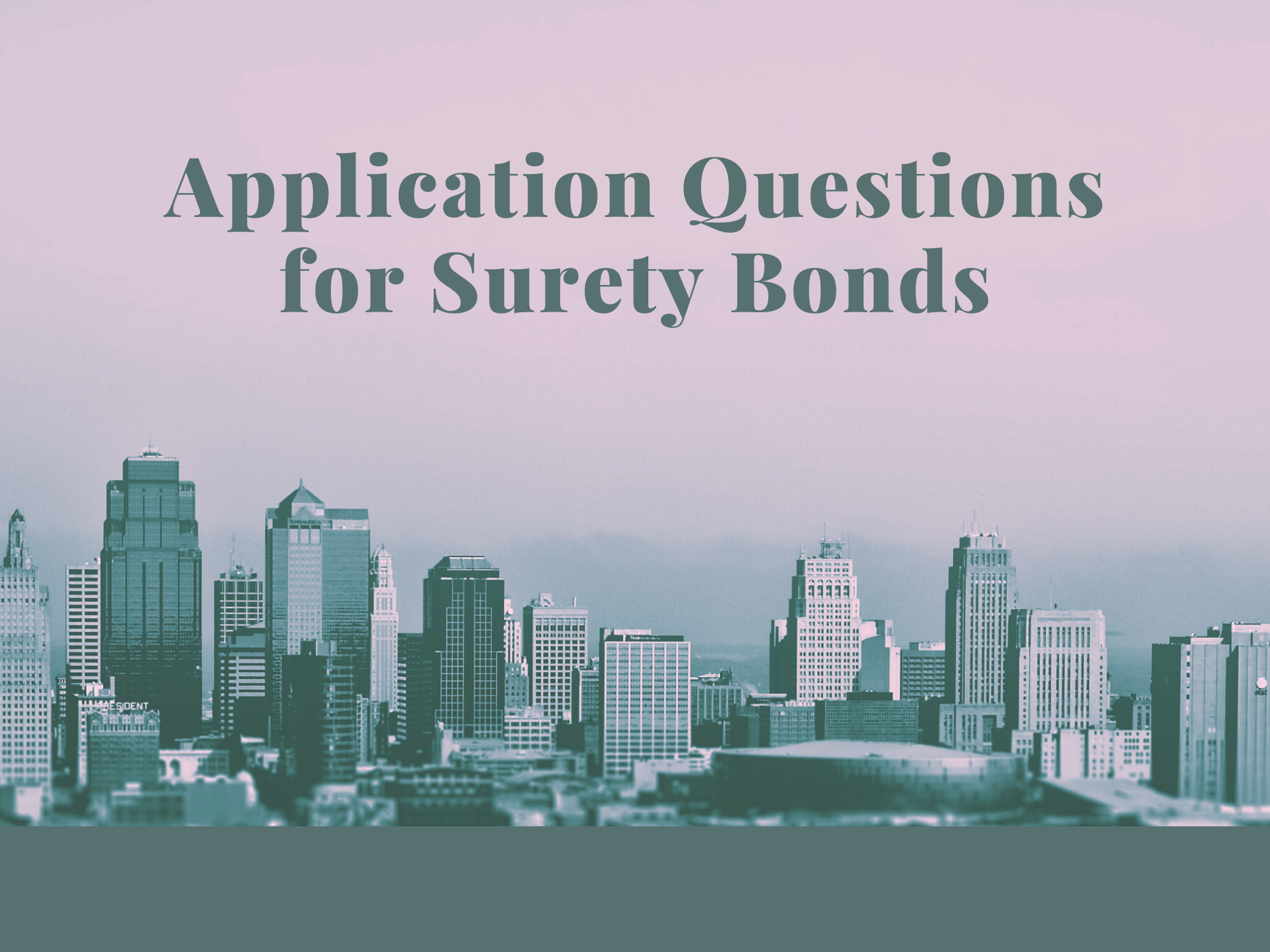 What’s the procedure for obtaining a surety bond?

Is it necessary to obtain a surety bond? Surety bonds are used to ensure that someone will complete a task accurately or in accordance with the rules. For example, an artist might utilize a surety bond to protect themselves from harm to private property.

What are the advantages of obtaining a surety bond? One is guaranteed payment in the event that your company fails to pay its employees’ salaries. This means that even if your firm collapses due to a lack of funding, the surety bond provider will continue to pay you.

The first step is to look for a reputable Surety Bond Company in your area. You can then provide them with all of the information they require to begin working on your application. They may want personal information such as your social security number and driver’s license number, as well as any additional needs particular to your circumstances, such as if you’ve ever been convicted of a felony or whether you’ve ever been the subject of bankruptcy proceedings.

An indemnification agreement is a legal contract between two parties in which one promises to be responsible for any losses or damages, while the other agrees not to hold the first party responsible. An indemnity agreement, for example, would protect you from being sued if you rented out your property and someone was injured on it. As a tenant or landlord, there are a variety of reasons why you might want to have an indemnity agreement with another person or corporation.

Both parties will put up collateral in the event of a disagreement to ensure that this happens. An agreement can be reached between two people or companies who are on equal financial footing. It is, however, most commonly used when one firm agrees to insure another company while they are working on their property.

If you have a contract with a third party, you might want to consider employing an indemnification agreement to safeguard your interests if the other party fails to fulfill any of the agreement’s requirements. Indemnity agreements normally expire after five years, but they may endure longer in some cases.

Do indemnification agreements have a time limit?

In business transactions, indemnity agreements are frequently used to shield one party from financial loss. Does the indemnity agreement, on the other hand, have an expiration date? This is an essential question that needs to be answered since there could be serious consequences if it isn’t.

No, they do not usually expire, although there are certain exceptions. For example, if the person who signed the agreement died or their firm went bankrupt, their signature on the paper may no longer be legitimate, and the indemnity would no longer apply.

Indemnity agreements do not expire after a fixed amount of time, but they can become void if certain events occur, such as a signer’s death or a company’s bankruptcy.

Why is it necessary for my husband to sign the indemnity agreement?

An indemnification agreement, for example, would limit the amount of money someone could get from you if they were harmed in your store and sued you for carelessness. The agreement is based on the premise that you want to be allowed to run your business without fear of being sued. By signing this agreement, your spouse admits that they are aware of the dangers and agrees not to sue or file any other claims against the company.

When you volunteer for an organization, for example, your spouse agrees to share some of the risks if something goes wrong. They’ve agreed to reimburse any costs incurred as a result of your volunteering, such as medical bills or lost earnings, in the event that something goes wrong. This implies they’ll need their permission and access before they can sign any paperwork.

What is the average time it takes to get a bond?

Bonds are a type of investment that is used to fund initiatives. They are typically regarded as safe, although they do pose a danger. Bonds can be bought in a variety of methods, one of which is through the bond market, where anybody can purchase bonds from firms in need of funds.

Although the answer to this question will undoubtedly differ from state to state, there are certain commonalities in the process. If you have a valid driver’s license or passport, you will need to give someone you know written permission to co-sign the bond. You’ll also need to provide evidence of employment and a mailing address. The total cost of obtaining bail varies as well, so it’s advisable to check with your local law enforcement office before handing over any cash.

The time it takes to receive a bond varies based on the type and who is issuing the bonds. Municipal bonds, for example, require roughly 6 months to mature, but corporate bonds take 12-18 months.