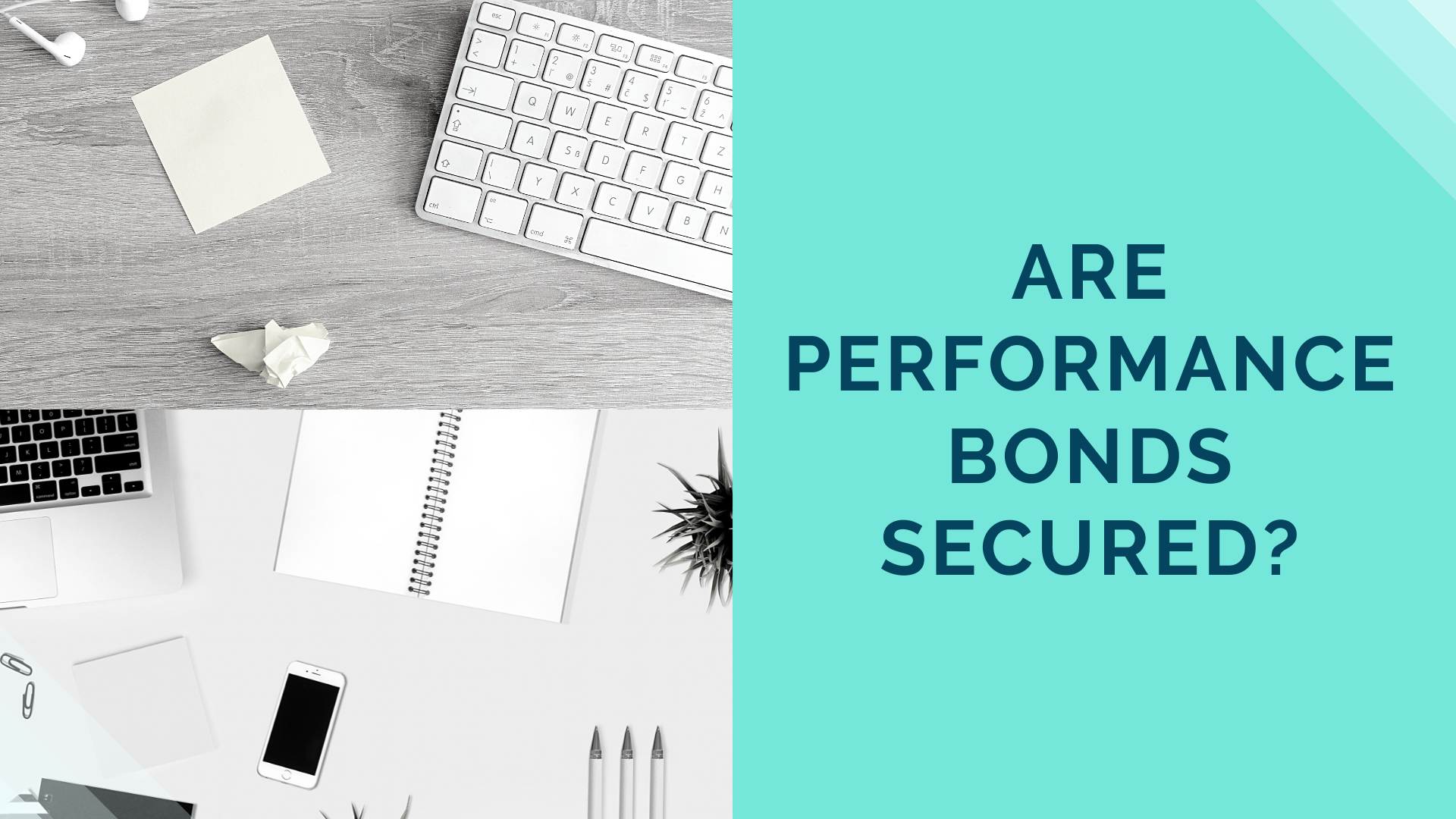 Is it safe to get a performance bond?

When starting any new business venture it is important to do your research. If you are thinking about hiring someone else to act as a guarantor for your business or project finance then this article should give you some food for thought. It’s also worth bearing in mind that any contract drawn up to ask another person to act as ‘surety’ for your business carries some degree of risk.

Let’s first take a look at what a performance bond is and how it works. A performance bond – also known as a contract bond – is an arrangement where one party asks another to guarantee that a contract will be honored. If the contractor defaults, then the guarantor has to make good on their promise by repaying any monies due or refunding any payments made by the contractor’s customer if costs exceed those originally stated in the contract.

An individual, known as the principal, wants to secure a project by asking another party to provide a guarantee via a performance bond. In return for giving this guarantee, usually an insurance company or bank, the guarantor charges the principal for this service.

They may also charge interest on money drawn down from them or fees for administration and management work they carry out during the period in which they are funding your business operations in accordance with their contract with you. If you go ahead and put in place a performance bond then there is no going back – if you want to cancel it at some point then both parties have to agree that canceling is best suited to all concerned.

Generally speaking, yes performance bonds are secured by the project (since it is the reason for providing this bond in the first place). The exception would be if there were an override in the language in your agreement with the contractor where they agreed to provide you with a letter of credit instead of a performance bond.

This would waive their requirement to secure the bond with the project itself. However, even in that case, I would still recommend requiring them to provide either a letter of credit or bank guarantee since both financial instruments also act as insurance against non-performance from the contractor.

Will I get my money back if the performance bond is not used?

If your contract with us is canceled, or if we cancel the contract in writing, except for our negligence or willful misconduct, you will receive an immediate refund of all payments made within thirty days after cancellation.

However, if the bond is used by either party at any time during this period to keep one or more subcontractors on site to complete their contracted portions of the work then no refunds are allowed for that portion of funds held which were allocated against those subcontractors. This applies whether your contract with us directly or through one of our subcontractors is canceled by you or us, except for our negligence or willful misconduct.

According to this excerpt of contract language, if the contractor uses the Performance Bond during any part of your project period, there may be no refund issued. This means that even if you cancel the contract early, you do not receive a partial refund based on the percentage of work completed. Although this excerpt does not mention time limits for bond use; it can be inferred that bond usage is limited in time because bonds usually cover only short periods.

What happens when a company drops my performance bond?

In case you’ve been living under a rock, the current security landscape is not great. It’s been bad for a good while and it seems to be getting worse. One of the biggest challenges we face as infosec folks is that we’re easily replaced: just one hiring freeze later and we’re gone. We become expendable employees within organizations that will toss us aside at a moment’s notice if they think we’ll cost them money or provide even the slightest hint of inconvenience.

One such payment is known as a performance bond. These bonds are required in many government contracts. They can also show up in commercial agreements, but they’re less common there. Remarkably, many organizations fail to make these required payments to infosec contractors—and even when we catch it and point it out to them, they still refuse to pay.

Is a performance bond a type of security?

A performance bond is a type of security. It is an insurance policy taken out by the contractor, guaranteeing that they will perform the contract to the satisfaction of their client. The fee for this guarantee can be up to 10% of the total value of the contract. A performance bond ensures that if you do not complete or deliver all items required, your company or organization still receives its full fee.

The following are types of securities: