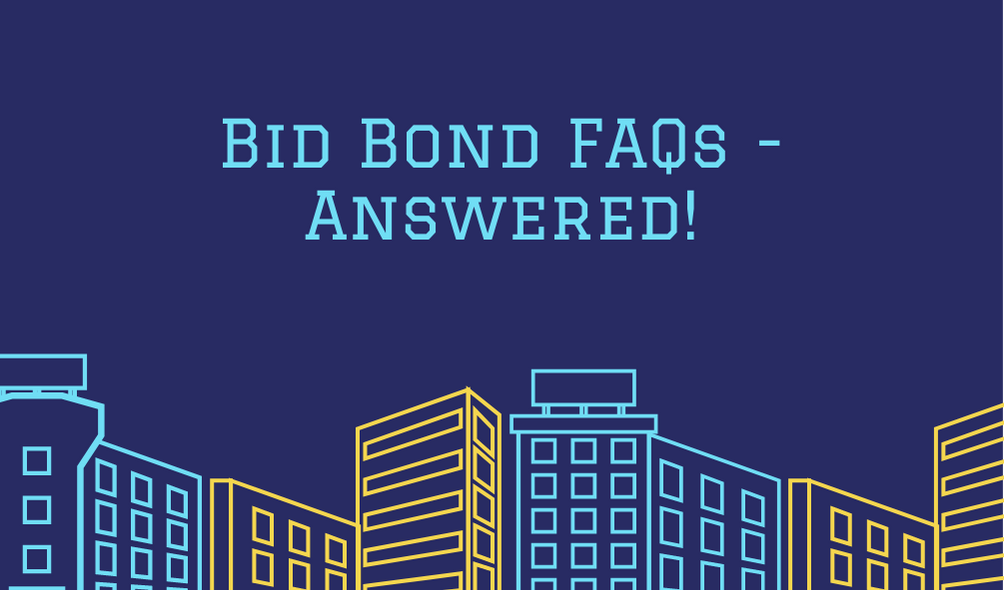 Why is a bid bond only 10% of the contract value?

A bid bond is a financial guarantee that the bidding company will be able to follow through with the contract in case the winning bidder defaults. A bid bond is only 10% of the contract value, whereas a performance and payment bond can be up to 100%.

The reason for this difference is because it would be very hard for a contractor to make money if they had to pay back 100% of their contract value when something goes wrong with one project. It’s better for them financially if they only have to put up 10%.

A bid bond is a type of insurance that protects the owner from being financially harmed by a contractor who does not complete their work. The AIA contract specifies that a bid bond is 10% of the contract value, but this may vary depending on your state’s laws and industry standards.

In most cases, it will be less than 50% of the contract value because owners want to have some protection against contractors who are taking bids from multiple projects at once or those with no assets.

How is a bid bond different from a performance bond?

A bid bond is typically used in the bidding process for construction projects. A performance bond, on the other hand, guarantees that a contractor will complete its work to specification and on time. A bid bond may also be called a “pink slip” if it’s given to the owner of the property during construction.

The owner then returns this pink slip to get their money back once they’ve completed an inspection of the project site. Bid bonds are often required by owners who can’t afford upfront costs associated with hiring contractors, while performance bonds are more commonplace because they guarantee the timely completion of projects.

A bid bond is also called an “execution bond” which secures payment upfront, in exchange for submitting a competitive bid. There are many differences between these two types of bonds, but there are some similarities too.

Both are designed to protect both parties from loss if one party fails to fulfill its obligations under the agreement. The biggest difference is that with a performance bond, you have to wait until after the work has been completed before it’s paid out whereas, with a bid bond, you’re getting your money upfront when submitting your competitive bids!

A bid bond is given by a bidder to guarantee completion of construction or repair work at the agreed-upon price. Performance bonds are required in situations where there’s not enough information about the project, such as when it will be completed, how much money will be spent on labor and materials, and other variables. The bond ensures that if something goes wrong with the contract, your company can still get back what was promised without having to go through lengthy legal proceedings.

Bid bonds are not mandatory in all cases. A bid bond guarantees that a bidder will be able to pay the price in the event they win the contract, but it is not required when bidding on projects with a low risk of default. Companies may also choose to waive their right to request a bid bond if they have an established relationship with suppliers and vendors.

The Federal Trade Commission requires any company who chooses to require bid bonds for high-risk contracts must provide no less than 10 days’ notice before requiring them or else face penalties for noncompliance under federal law. Bid bonds can vary in size depending on risk factors such as potential litigation costs, administrative costs, and time delays associated with performing work after winning a project.

It’s important to understand the difference between bid bonds and performance bonds, or else you’ll be out of luck when it comes time to bid on a project. Bid bonds are required by law for all public works projects in order to protect both the government entity that is awarding the contract as well as the contractor who bids on it. Performance bonds are not always mandatory but they can provide an additional layer of protection if something goes wrong with a project.

Where can I get a bid bond?

A bid bond is a performance and payment guarantee that some contractors require. It guarantees that if you are selected as the winning bidder on a project, then you will be able to provide the necessary funds to get started. The bond ensures that if there is any failure to perform, they can recover their losses from your deposit. There are different types of bonds depending on what type of contractor is involved such as general construction or water and sewer projects.

A bid bond is an insurance policy secured by an approved surety company or broker which guarantees the successful completion of work under certain conditions in accordance with specifications in any given contract. The surety company guarantees payment, labor costs, equipment rental costs, and other expenses incurred on behalf of the principal until completed satisfactorily according to all terms and conditions stipulated in its agreement with said principal.