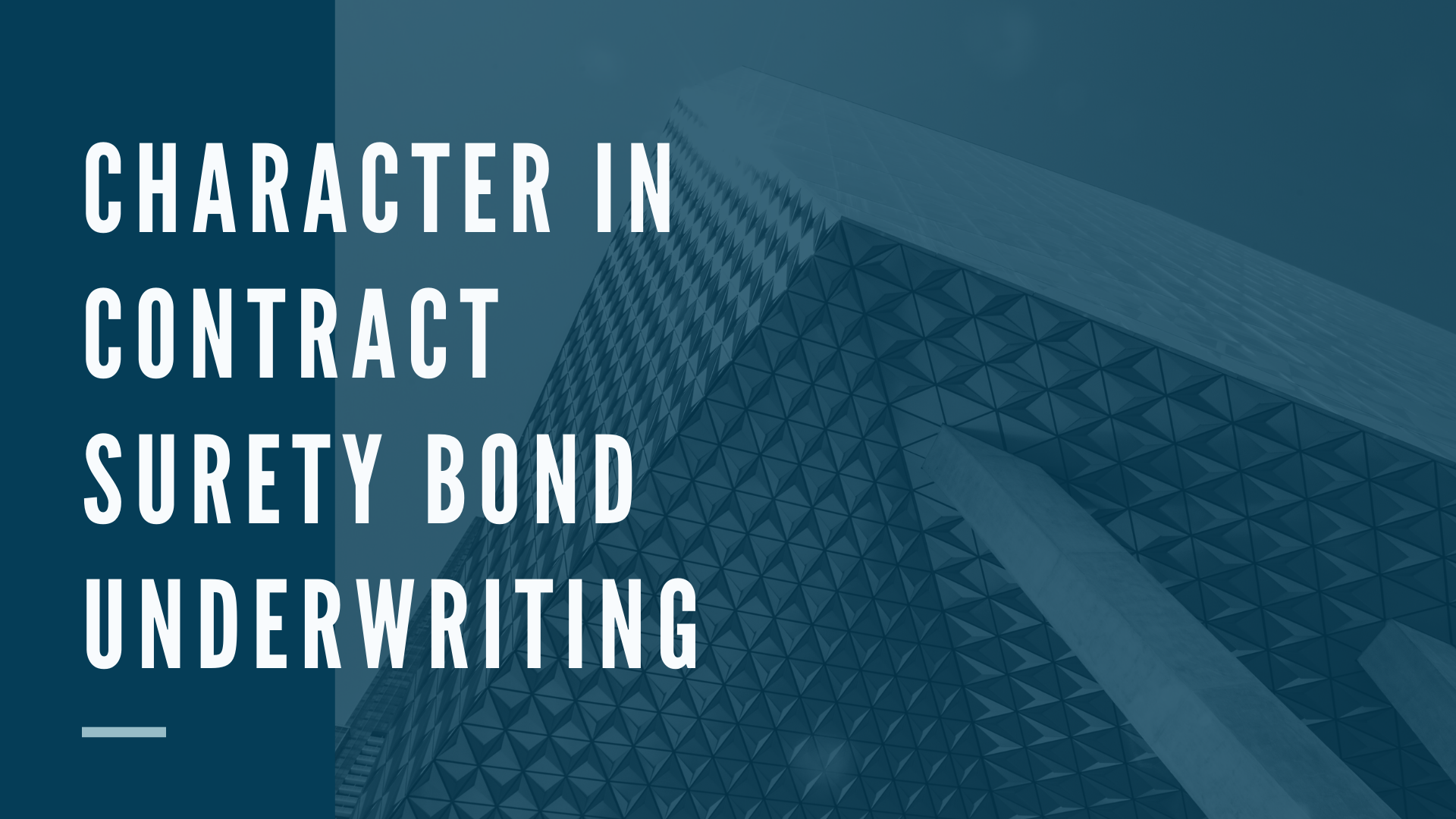 What are the three underwriting characteristics of bonds?

For bonds to be underwritten, they must have three characteristics.

First, the bond must have a named principal. This is the person or organization responsible for fulfilling the terms of the agreement should there be a claim on the bond. Second, if possible, there should be an account number listed so that you can reference it easily when filing claims. Third, the bond must be signed by the principal.

What is a contract?

A contract is an agreement between two or more people that stipulates the rights, services, and duties of each party. Contracts are typically signed within the construction industry when building projects require financing.

The contract usually specifies how work will be performed on the project and all parties agree to their specific responsibilities. Contracts can be explicit or implied. Manifests between carriers and shippers serve as implicit contracts.

A surety bond acts as insurance for the project in case something goes wrong with its construction or a contracted service fails to deliver what was agreed upon.

If a claim arises against a bond, you file a claim against the bond company instead of the person who defaulted on his or her obligations. You can usually find out said person’s identity through your account with the surety bond company should you need to file a claim.

What is the benefit of underwriting?

Underwriters will make sure that the named principal, as well as their company, are solvent and reliable, thus preventing you from having to pay out claims against your bond. The underwriter analyzes evidence provided by the contractor or business including financial statements and credit reports.

They determine whether or not you should purchase a bond for a project based on these factors. It’s beneficial because it saves you time, energy, and money in the long run versus going through a bonding agency with little knowledge of what they’re doing.

What is a contract surety bond?

A contract surety bond is a financial instrument used to guarantee that a person or organization will fulfill the obligations set forth in a legal agreement. By acting as an intermediary, the surety company guarantees that terms of the agreement will be met by either refunding money if it has not been spent or reimbursing someone who suffers a loss because the terms of the agreement were not met.

What are some types of contracts?

Some contracts you may come across include:

Contracts can be written or oral, express or implied, and standard form or unique. Examples include employment agreements, construction contracts, software licenses, and insurance policies. The Uniform Commercial Code (UCC) is usually where to look for details on types of contracts.

Are there advantages or disadvantages to using a contract surety bond?

Contract surety bonds are advantageous because they provide security and confidence between parties and can help speed up the process of getting things done by eliminating the need for long drawn-out negotiations.

It also reduces litigation and many times reduces cost since there is an upfront agreement that acts as a contract. The primary disadvantage of using a contract surety bond is the risk assumed by the surety company, which can cause a fee to be charged in order to issue it.

What must you have in order for your company to qualify for a contract surety bond?

In order to qualify, the following items must be in order:

What is a contract surety underwriter?

A contract surety underwriter is someone who evaluates a contract and makes a decision on whether or not to write the bond. The underwriter will look at the creditworthiness of the company, require financial statements from them and evaluate their experience in similar projects.

What are some reasons why a contract may be rejected?

Reasons for rejection can include: