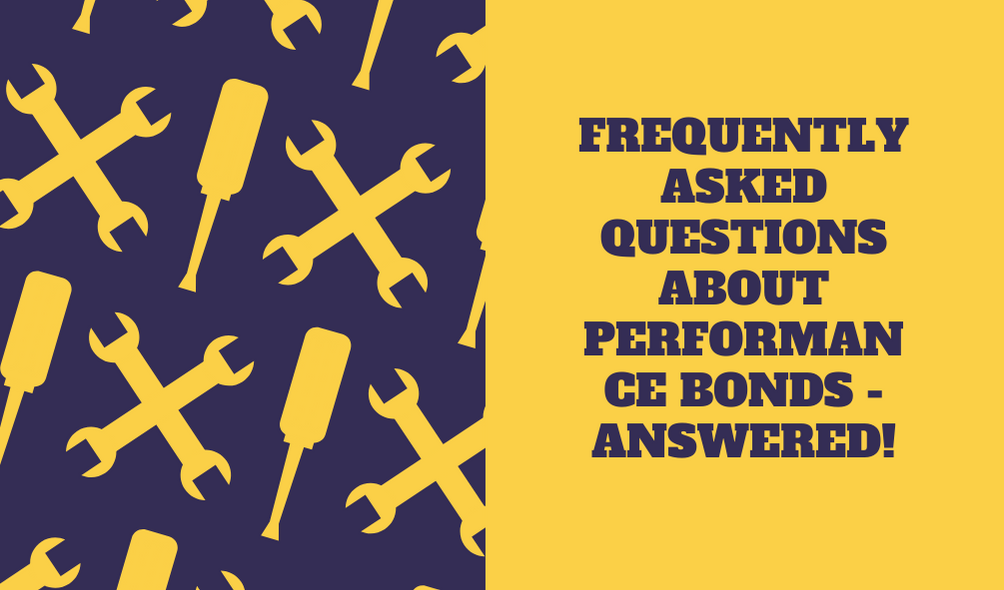 What is a Performance Bond, and how does it work?

A performance bond is an insurance contract that ensures a company will complete the work for which it was hired. The bonding arrangement normally requires the company to post cash or other collateral as security for the project’s completion, and the bonding agency will reimburse the company if it fails to deliver. Performance bonds are commonly used in large building projects and industrial production agreements when one party may fail to fulfill its obligations.

A performance bond specifies the payment terms under which one party undertakes to perform an act or supply service in exchange for payment from the other. The second party pays in advance for this service, so if the first portion fails, they are not obligated to perform anything else.

However, in order to be paid in full, the first party must adhere to all agreed-upon terms. If they fail to meet these standards, they will lose the money that the second party has already given up (Beware of scams).

Professionals in the field frequently issue a Performance Bond to ensure that they can be held liable for any damages done while working on a project. The client’s peace of mind is ensured by the bond, which protects them from any unanticipated circumstances or events. Some people feel that performance bonds are reserved for large-scale projects, but this couldn’t be further from the truth: performance bonds safeguard both small and large firms!

A performance bond is a sort of insurance that ensures a project’s completion. It can be used to ensure payment for services, materials, or equipment needed to finish a project. When projects rely on external contractors, performance bonds are vital because they safeguard both parties involved in the contract from unanticipated events or difficulties that may develop during construction and create delays.

A performance bond assures that if one party fails to meet their obligations, the other party will still be paid for their work, even if the amount is less than what was originally agreed upon in the contract. Performance bonds come in a variety of shapes and sizes, but they all have one thing in common: they always require two signatures and some form of collateral from both parties before cash can be released.

What is the procedure for underwriting a performance bond?

A performance bond is a type of collateral that is used to guarantee the completion of a contract or agreement. Performance bonds can be issued by an individual or a business, and they are typically required when performing construction work for a third party.

The goal of such agreements is to guarantee that the individual or firm will fulfill their responsibilities in accordance with the contract’s terms and conditions, with no exceptions. It’s critical that all parties involved understand how performance bonds are underwritten in order to maintain transparency and trust.

A third-party insurance firm, bank, or other institution can act as the underwriter. To obtain a performance bond from an insurer, you must show proof that you have enough money to satisfy claims if there are any issues with your building project. They’ll want to make sure you have enough assets and cash flow streams to avoid defaulting on your debt and leaving them holding the bag.

A contract in which one party pledges to shield the other against financial loss is known as an indemnification agreement. In this way, it serves as a form of insurance for both corporations and individuals. It’ll almost always be included in contracts with subcontractors or joint venture partners where both parties stand to lose a lot of money if something goes wrong on the job.

If you’re searching for an illustration of how this could play out, look no further than Tesla’s recent manufacturing troubles with the Model 3. They negotiated an indemnity agreement with parts suppliers to safeguard themselves from any potential litigation or legal action that could arise as a result of the delays. This arrangement guarantees them money if there are any problems. This form of contract can be utilized when someone wants to be protected from unanticipated events such as product defects, accidents on corporate property, and so on.