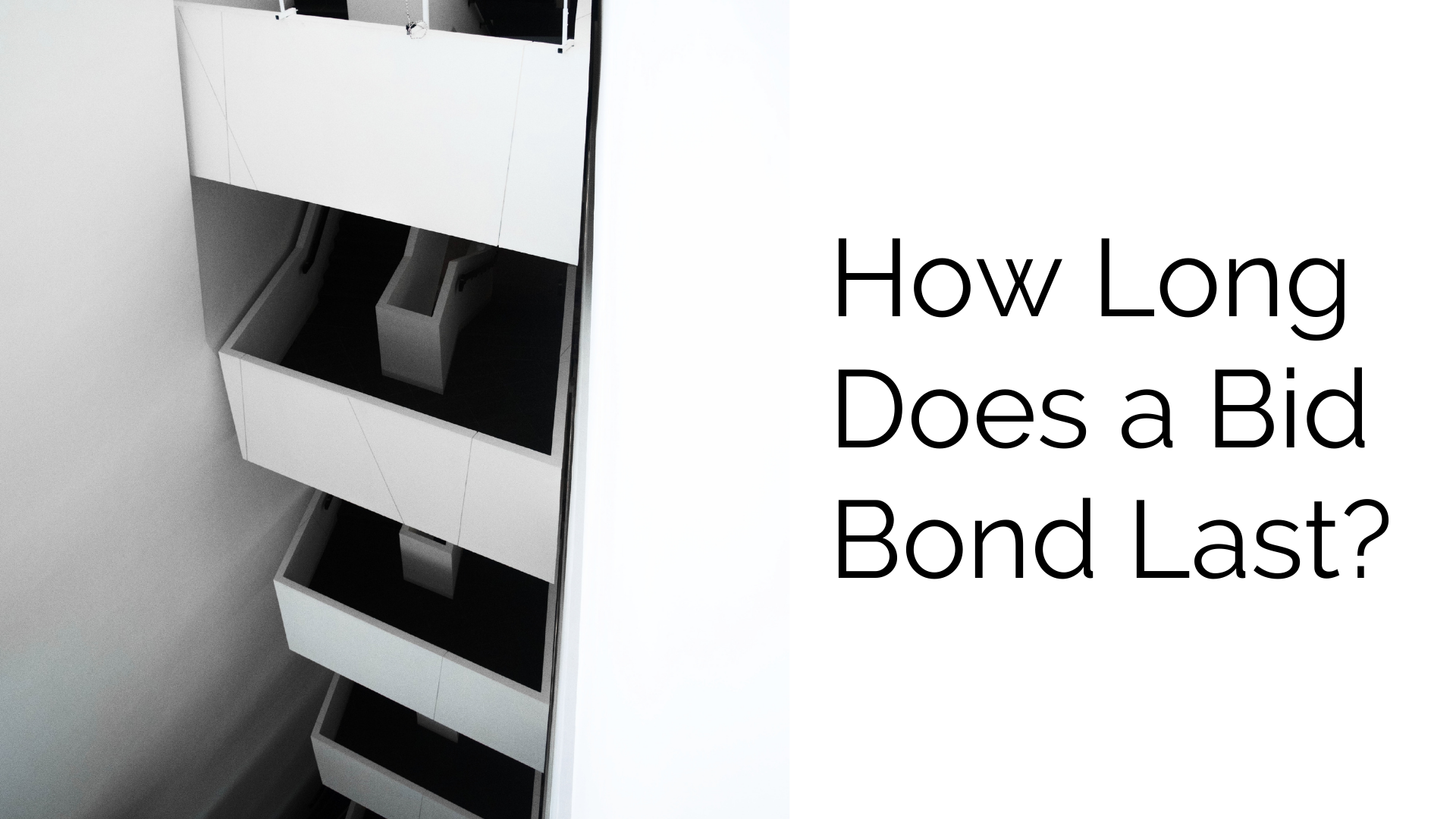 A Bid Bond guarantees that you will sign a contract with the general contractor if you are awarded the project by your responsibility and qualifications as defined in your proposal submitted for consideration under an open bidding process (i.e., bids are invited from several contractors).

If you win the job, you are to enter into a written agreement with the general contractor, and a copy of that agreement is to be attached to your Bid Bond. The term “written contract” means a written document that spells out all the services you are obligated to perform as well as the payment schedule. In other words, it’s what you agree upon with the general contractor when you sign a formal agreement for completing work on a construction project.

A Bid Bond is only good for the prescribed time period of a contract. If a new bond is needed because more than one month of work is expected, it would be submitted for consideration under an open bidding process (i.e., bids are invited from several contractors). In other words, it’s what you agree upon with the general contractor when you sign a formal agreement for completing work on a construction project.

How long do bid bonds last?

A bid bond primarily is a form of security, which is put down by these contractors so that they can get the project if they win it. It is used to ensure that the contractor will finish the project properly and on time. In most cases, these get awarded to winning bidders or offerors of certain projects from government departments primarily because the bidding process in the government requires a huge amount of effort from them. There are usually two types of Bid bonds:

Bid bonds are usually valid for a period of ninety days from the date of award of the bid. However, it may also be mentioned by individual states on their bidding documents if they want them to be valid either for an extended period or a short period. In case there is no time period mentioned on these documents then one can assume that these are usually valid for three months from the date of awarding the bid. Bid bonds also come in different types depending upon what your requirement is.

Mention of proposal submission date is not mandatory to determine the duration of a bid bond as it can be any day after bid opening. Nor does it matter what is mentioned in the proposal regarding the time limit for submission of bids nor whether ‘time starts running’ on that date or at some future date.

The reference to post-bid award bond is not related to bid bonds as bid bond only covers the bid submission period and has nothing to do with acceptance of a proposal or signing of a contract.

Please note that most “bid security” requirements allow the use of any bid bond that meets the minimum requirements listed in solicitation documents and does NOT require the use of a particular brand or issuer unless required by agency regulation.

Do bid bonds have to be renewed?

Bid Bonds are essentially an agreement between the bidder and the owner that they will both abide by the rules of their particular process. They do not expire or need to be renewed. So long as there is no default, the bidder may stay in good standing with no formalities needed so long as the contract has sufficient time for completion. Termination prior to award would not free up any funds held pursuant to this performance bond.

Most states that require such bonds as a pre-qualification forbidding, do not have any provision that the bond is kept in force after award. A financial institution providing this type of bond will determine by its own underwriting policy whether or not it needs to continue until final payment is made.

Thus, it is important that the contract language specifies when the bond needs to be maintained by the bidder. For example, the contract may state that if a bidder defaults on any of its obligations under such agreement (after award), then the payment made thereon would be forfeited and retained by the owner in addition to whatever other amounts were due and payable.

Contract provisions could also provide an out for the owner in certain circumstances where bidders keep their bids open over long periods of time (e.g., several years) and still maintain their good standing with no intention of taking up the project in question at this time. In such cases, owners may wish to terminate such agreements so as not to lose their right to bid on future projects because they are locked into good standing with the bidder where there is no current work available under said agreement.

How long are bid bond contracts?

The length of a contract will depend upon the needs of your particular project. For example, if you’re completely renovating an existing hotel or apartment building, chances are that your construction lender or equity partner is going to ask for a shorter period such as one year. If, on the other hand, it’s an office building strip-center project where only some renovation work might be needed – such as updating plumbing and electrical systems – then it may make sense to ask for two years on the bid bonds.

In either case (or any others), we recommend drafting clear and concise language in your bidding documents so that there is no confusion on how long the contract period will be. In your request for proposal, try to include as much detail as possible so that you’re getting exactly what you want, from both a financial and coverage standpoint. We also recommend that you consult with your attorney experienced in construction law since he or she can help avoid misunderstandings now or later down the road.

When it comes to renewals, they should always be handled carefully and require a thorough examination of the existing bid bond, prior correspondence between both parties if any, and whether or not there have been any changes in the work scope during this time period.

If the bids come back at a higher amount than expected, then it might make sense to ask for an entirely new set of bid bonds and rebid the project. That may sound like a hassle, but it’s better than not having enough protection and regretting your decision later down the road when something goes wrong and you’re stuck holding the bag.