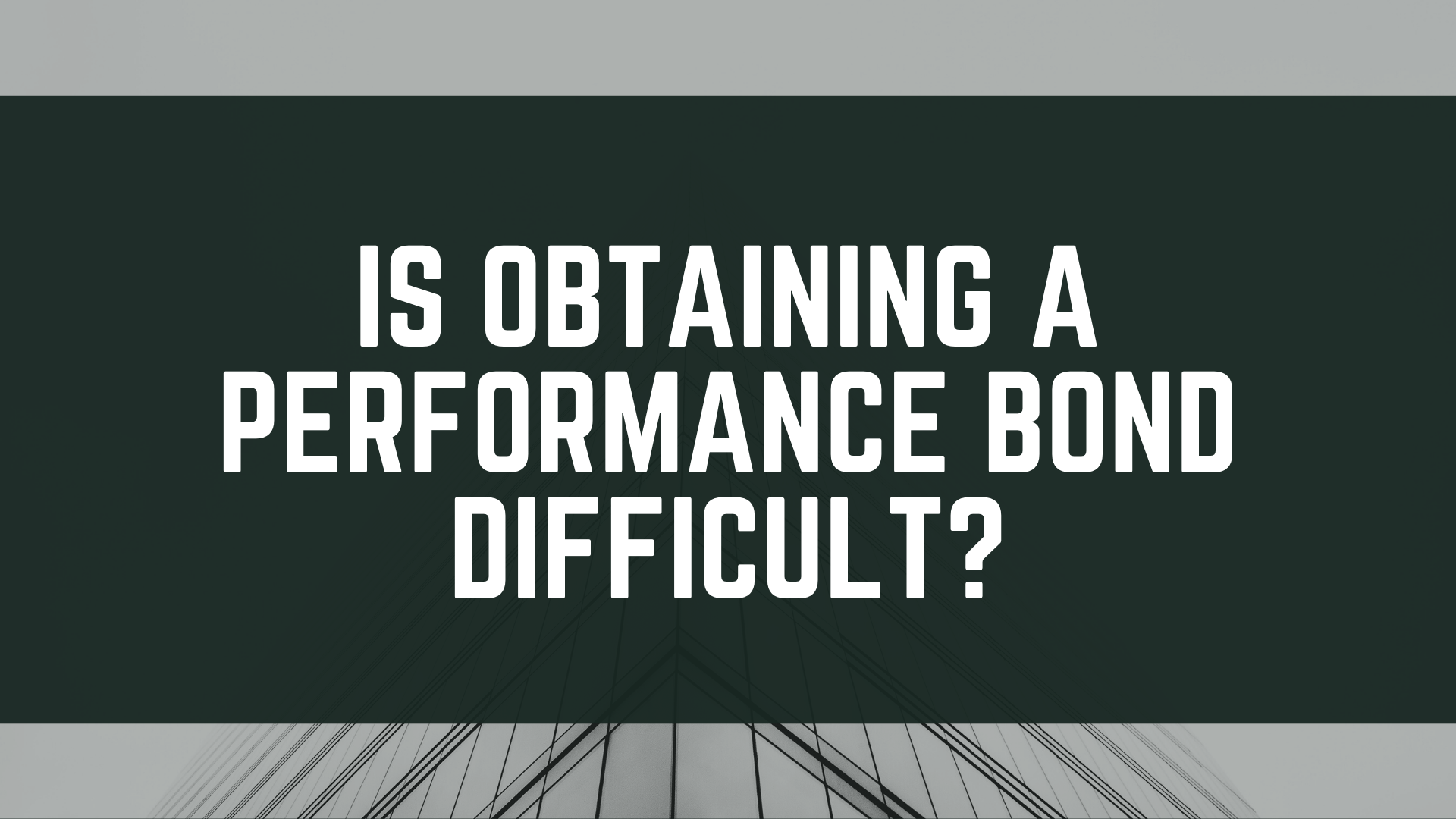 What is the quickest way to receive a performance bond?

A performance bond is an insurance policy that ensures the completion of work or the payment of damages caused by another party on the job site. Performance bonds are frequently employed in construction projects where there is no other method to ensure that work is completed correctly and on time.

It can cost thousands, if not millions of dollars if something goes wrong, so having this type of coverage is critical for any project that requires it. What is the purpose of this service? Contractors and subcontractors can use the service to protect themselves from damages caused by non-performance or bad workmanship.

A performance bond can be used instead of forming a contract or other type of agreement, and in some jurisdictions, it may be required by law. Before construction begins, performance bonds are frequently asked to ensure that funds are not wasted without a guarantee of completion.

What are the requirements for a performance bond?

What is the definition of a performance bond? The majority of individuals are unaware of the significance of this financial instrument. However, there are numerous instances where having one is required to ensure that contractors do the work for which they were recruited.

The most common application for these bonds is when a client wants to employ a contractor but does not want to pay them until the task is finished. A performance bond can be provided by an insurance company or a bank, and its aim is to reimburse you if the contractor does not complete the project as promised or decides not to do it at all.

Any construction, remodeling, or installation job worth more than $10,000 requires a performance bond. It is also necessary for all public-sector employment. Coverage may be available through other ways, such as an escrow account or a letter of credit, for projects with lower values (LOC).

The LOC would show that the company has sufficient funds to perform the task, and if they don’t, the LOC holder would be responsible for payment. When money is available from different sources at different periods during construction, a performance bond can also be used as security in the event that there are disagreements regarding who should be paid first.

When is it appropriate to request a performance bond?

A performance bond is a type of guarantee that a person or corporation will follow through on its promises. In the construction sector, performance bonds are frequently used to ensure that a contractor completes a task on schedule and with quality craftsmanship. Before requesting a performance bond, a contractor must first submit a proposal outlining the type of work they intend to do and how long it would take.

After that, their customer can determine whether or not they want them to issue performance bonds and how much collateral security from both sides should be provided before signing off on it. If something goes wrong with the project, there will be no need for legal action because everything has been agreed upon in advance!

It’s vital to keep in mind that this isn’t insurance coverage for your project; rather, it’s a mechanism for you to protect yourself from liability if something goes wrong with your job. Keep in mind that a performance bond must be paid upfront and is usually non-refundable if the contractor fails to execute the task satisfactorily.

What is the cost of a performance bond?

A performance bond is a sum of money deposited with a third party to ensure that a contract is completed. This form of a bond can be requested by either the contractor or the person who hired them, and it normally covers any losses incurred if they do not complete their task as promised.

Performance bonds are frequently required in corporate transactions like construction contracts, but they may also be required in situations such as cosmetology licenses when you’re effectively contracting someone else to do something on your behalf. In either case, the cost varies based on the type of coverage required and the level of risk involved.

The amount of the performance bond varies based on what you want to achieve; nevertheless, keep in mind that the ultimate price is influenced by a number of things. If your project calls for more than one subcontractor, for example, you’ll need to account for their performance bonds as well!

Is it true that banks offer performance bonds?

In construction contracts, performance bonds are frequently used to ensure that the contractor will complete the work according to set standards, timeframes, and budgets. They can also be applied to other undertakings, such as software development. Although performance bonds are not issued by banks but rather by specialty corporations, they may assist you in obtaining funding for your project if it requires it.

When someone wants to be confident they’ll get paid for their work, but the company offering the contract doesn’t want to wait until it’s finished before paying them, a bank may provide it. Performance bonds are not only issued by banks; they can also be issued by government bodies or enterprises.

Any business owner with personnel on contract outside of their workplace, whether at home or in another nation, should be aware of this alternative and weigh its potential benefits when deciding how to protect themselves from potential losses.