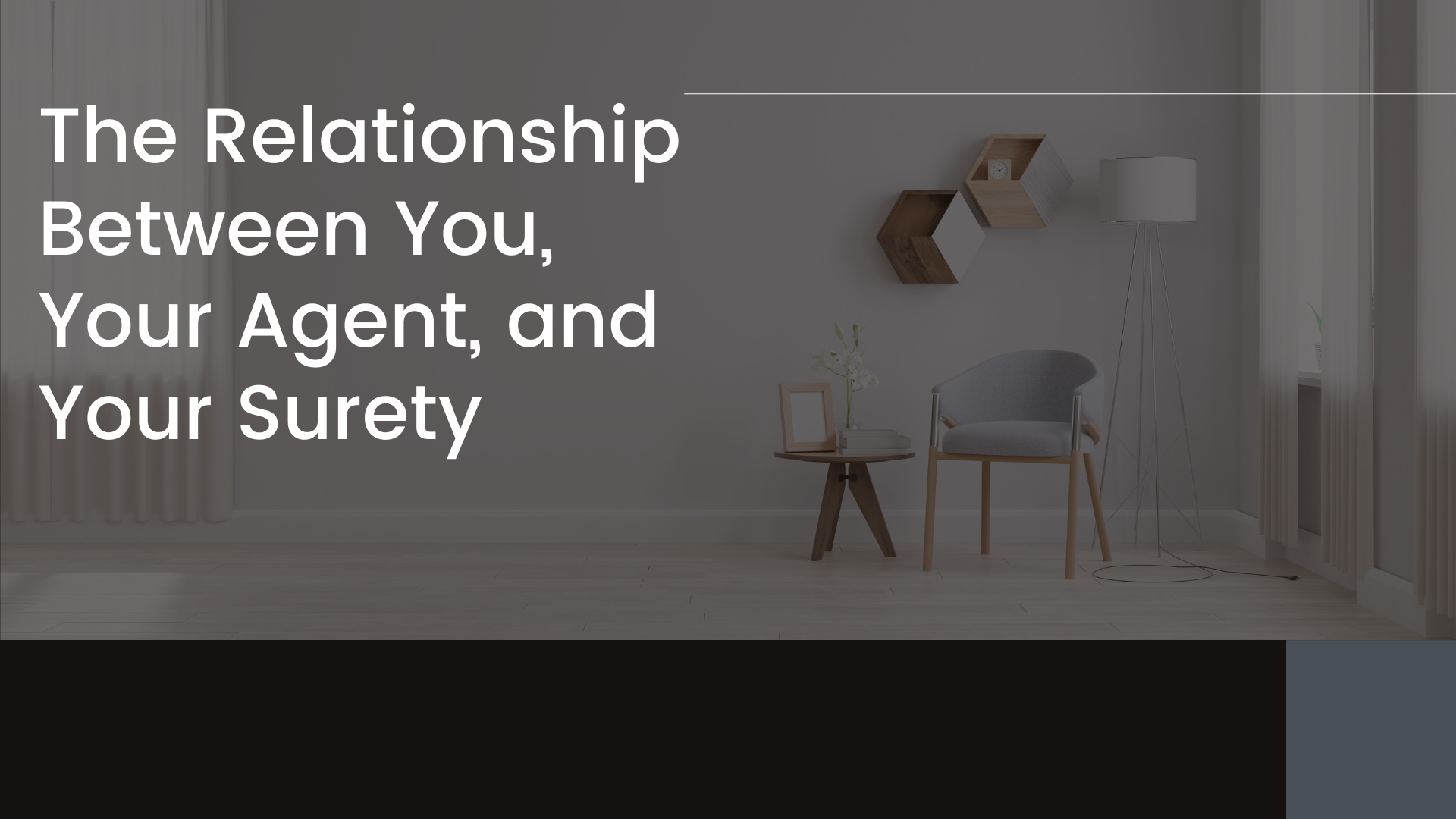 What is a surety relationship?

A surety is a person who guarantees the repayment of a debt or the performance of an obligation. A surety relationship is when someone who is not obligated to do so, agrees to be responsible for another person’s obligations as long as they fulfill their own obligations. This means if you are in a surety relationship with someone and they don’t uphold their end of the agreement, then you will have to uphold it instead.

A surety relationship is often used to provide security or peace of mind, but can also be used as a legal term to refer to someone who has guaranteed payment for something on behalf of another party.  The use of surety relationships tends to be more common with businesses than individuals, but there are some instances where it might make sense for you personally.

In this agreement, one party agrees to provide collateral or other guarantees on behalf of the other party in exchange for something else of value from that person. A surety bond may be used as a form of collateral and can be defined as a type of credit insurance that protects against losses caused by the debtor’s failure to repay debt obligations.

Who is considered the surety?

The surety is a person who promises to pay the debt of another if that other fails to do so. This person may be called upon by the creditor and required to make good on this promise under certain conditions. The term “surety” can also denote a company or corporation which guarantees performance as well as payment for goods and services supplied by an individual or business entity, such as equipment leasing companies or commercial banks.

In addition, there are specific types of surety bonds such as fidelity bonds (also known as fiduciary responsibility bonds) used in many professional fields including law and finance; public official bonds which ensure that elected officials will not violate their oaths of office; court bonds (court security officers).

Who is the beneficiary in a surety bond relationship?

Many people are familiar with the idea of a surety bond in America. It is when someone agrees to be responsible for another’s actions, usually when they have guaranteed that person will fulfill an obligation. Does the question arise as to who has ever been the beneficiary in this relationship? Surety bonds can be used in many instances but let’s focus on one-parent custody agreements.

This particular instance is where both parents want joint physical and legal custody, yet there are too many unresolved issues between them that need to be addressed before they can move forward. If one parent cannot meet their financial obligations then it could result in being denied custodial rights by the court or forfeiting child support payments owed from the other parent if his/her income drops down drastically.

A surety bond is a contract between an individual or business, the principal, and a third party who agrees to pay for damages if the principal fails to fulfill their responsibilities. The beneficiary of this type of agreement is typically another company or person that would be financially impacted by the failure of the original contractor.

How is surety determined?

The process of determining the amount of surety needed for a bail bond is an often misunderstood part of the criminal justice system. Often, people are surprised to learn that it is possible to have too much or not enough surety on their bail bond. This article will explore how this determination is made in all 50 states and what happens when there’s either too much or not enough bail money available.

The term “surety” can be used to describe a number of different things. However, the most common use is when it refers to a contract or agreement between two parties where one party agrees to provide financial support and the other provides security for that promise. This ensures that if something happens and the person who has promised payment doesn’t make good on their end of the deal, then there is someone else who will be responsible for making it right.

For example, if you were doing work as part of an independent contractor arrangement with your company, but you didn’t finish your work before leaving your position at that company (and thus not receiving payment), then they could go after another person in order to get what was owed them.

What does being a surety mean?

A surety is an agreement between two parties that one will be responsible for the other’s actions. A person may agree to act as a surety on behalf of another in order to guarantee that they’ll abide by certain agreements, fulfill their obligations, or meet conditions required by law. There are many reasons why someone might need somebody else to act as a surety on their behalf, but what does it mean?

A surety is someone who agrees to be responsible for the actions of another person. A surety agreement is typically used when a borrower needs money and has poor credit, or if an individual doesn’t have enough assets to back up their loan. If there are any issues with the repayment process, then the surety will be required to pay off that debt in order to protect themselves from financial loss.