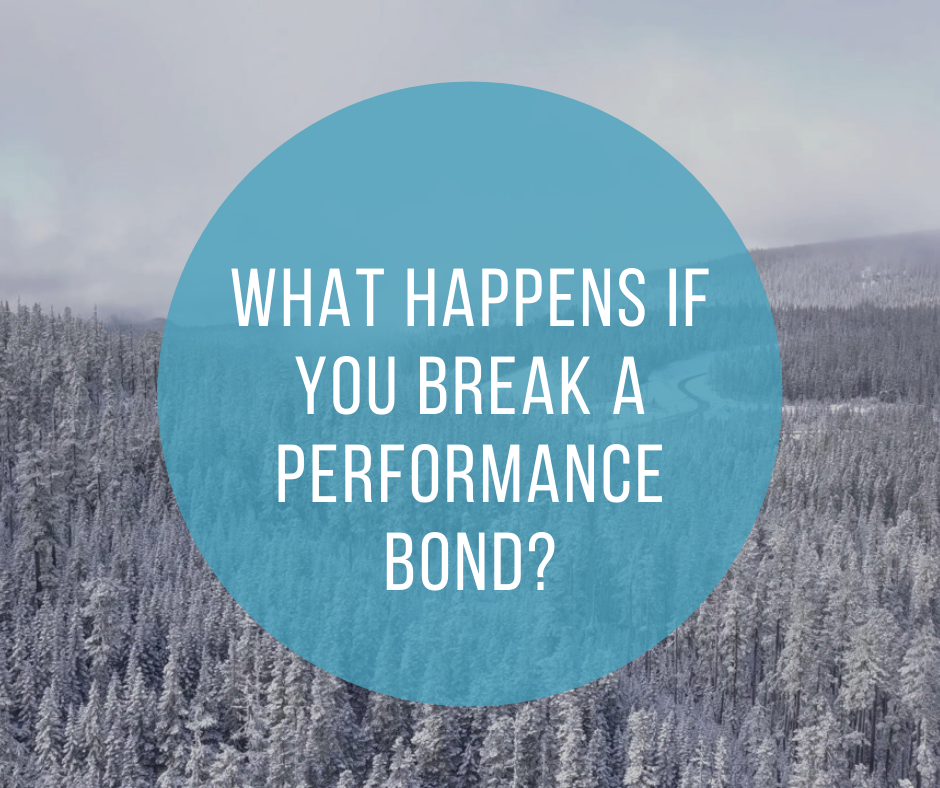 How can I get out of a performance bond?

A performance bond is a document that guarantees that someone will uphold their end of the deal. It’s something that most companies have to sign before they can begin work on a project, especially if it’s large and has high stakes.

The idea behind the bond is to encourage people to take their job seriously by holding them accountable for any damages or losses incurred as a result of not doing so. If you’re having trouble meeting your obligations because you are unable to perform, speak with an attorney about how you can get out of your performance bond.

There are many reasons why you may not be able to fulfill your obligations under the contract. If this happens, you can request an early release of your performance bond in order to get out of the contract.

There are only certain circumstances in which you can get out of your performance bond without penalty, and these include: if the client does not pay for services rendered; if there is an unforeseen event preventing completion of work; or when there is a change in ownership at the company.

Can a performance bond be canceled?

A performance bond is a guarantee that the party requesting it will be compensated for damages incurred by their counterpart in the event of non-performance. Performance bonds are often used to protect against losses related to construction projects, but they can also be used in other industries as well.

Because this type of contract is not typically binding, parties may choose to cancel their performance bond at any time if they decide that it no longer benefits them or if unforeseen circumstances arise. However, canceling a performance bond comes with consequences and should only be done after careful consideration.

A performance bond can be canceled if there are grounds to do so, but what constitutes grounds may not always be clear. For example, an event of default occurs when any party to the contract fails in its obligations under that contract or commits fraud against either party to that contract. In these circumstances, a performance bond can be canceled immediately.

What happens if you default on a performance bond?

If you are an entrepreneur, freelancer, or small business owner, chances are that at some point you will be asked to provide a performance bond. A performance bond is a guarantee of future work by the contractor if they fail to meet their obligations in the contract.

A performance bond guarantees that one party will perform as required under certain conditions set out in an agreement. When someone defaults on this type of agreement, there could be serious consequences such as having their license revoked for working in certain industries like mining or engineering.

Performance bonds are a type of insurance that guarantees performance on agreements. If you default, the bond is forfeited and used to compensate your counterparty for any damages they incur. It’s important to understand how these work so you can avoid penalties in the future!

When can you release a performance bond?

Performance bonds are a form of insurance that a company provides to the client in order to ensure that they will complete the job as promised. There are several different types of performance bonds, and each has its own set of rules for when it can be released. The most common type is the bid bond, which is typically held by an independent third party such as a bank or escrow agency.

When there is no dispute after project completion, then this bond will be returned to the contractor without any penalty assessed if their work was satisfactory. However, if there is disagreement over whether or not the bidding requirements were met, then both parties may have to go through arbitration before releasing funds from this bond.

If you are the owner of a property that is about to be demolished, then you may need to release your performance bond. You can do this at any time before or after demolition begins, but be sure to contact your bonding company for specific instructions on how and when they would like you to release it.

What happens if you break a performance bond?

Performance bonds are required by law in some situations, such as when a contractor is bidding on public construction projects. If the performance bond is broken or violated, there can be serious consequences for both parties.

A Performance Bond is an agreement where one party agrees to provide compensation for any damages incurred by another party that breaches their contractual obligations during the time period of the agreement.

Once signed, this agreement becomes legally binding and must be upheld with strict adherence under penalty of legal action taken against both parties involved in violation of terms agreed upon in the contract.  Violating agreements made within Performance Bonds can have severe consequences.

Here’s what happens if you break your performance bond: If you’re breaking up with your partner but want them to keep on paying rent, then breaking your performance bond would be analogous to posting their money back into escrow instead of cashing it out. You can’t just say “I’m done” and walk away without any consequences – even if they don’t have any intention of fulfilling their obligation!