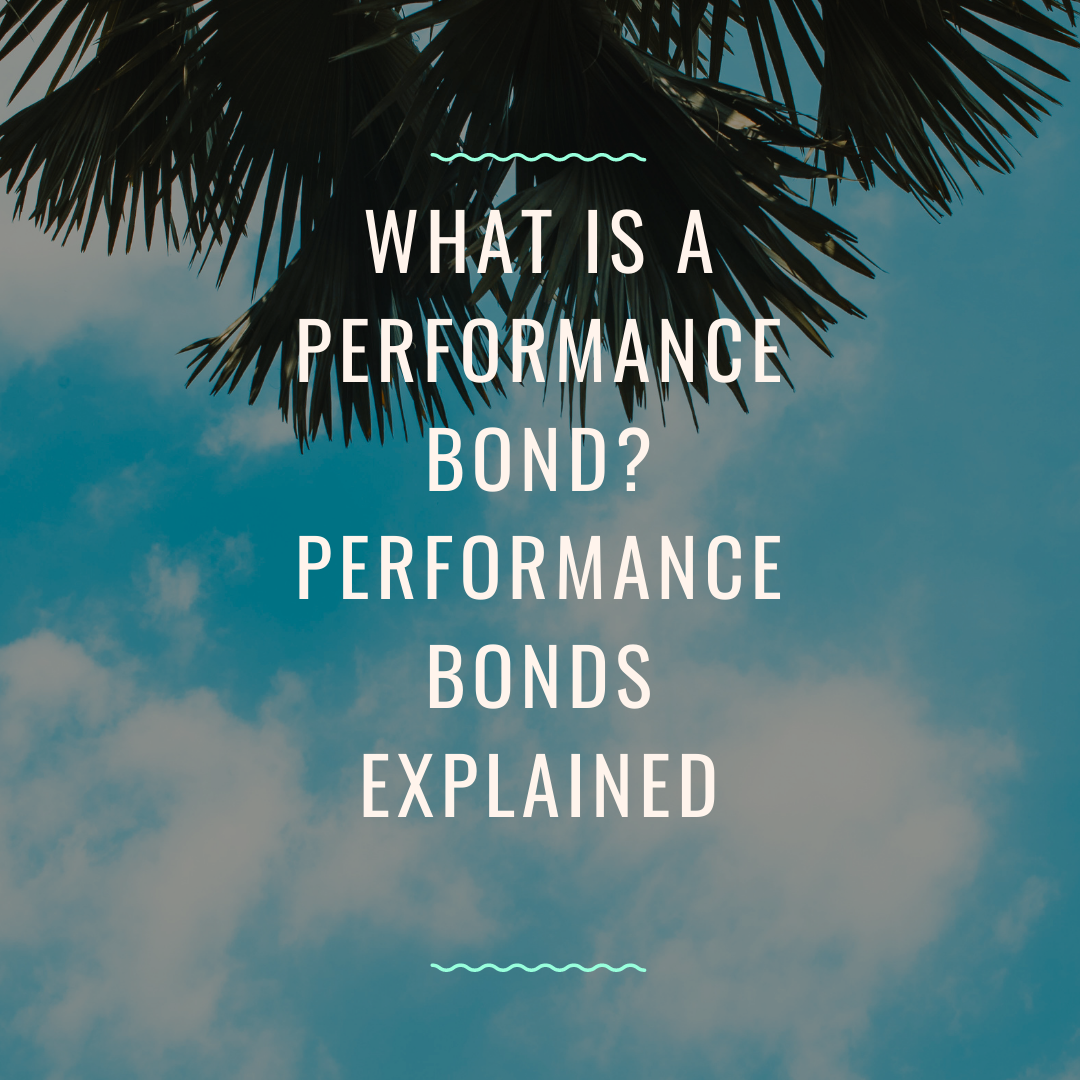 A performance bond is a financial guarantee that an individual or company will complete the contracted work. The performance bond can be forfeited if the contractor does not complete the job, and it typically serves as collateral for any damages that might result from failure to do so. Performance bonds are required for large projects such as construction, engineering, and installation jobs where there is a risk of non-completion.

A performance bond ensures a project stays on schedule by providing funds to cover any delays in completion due to factors beyond the contractor’s control. For example, if unforeseen circumstances arise during construction like inclement weather or an injury, this provision allows contractors time to finish their work without jeopardizing other commitments on their plate.

This type of contract is often used for large construction projects, but it can be applied to other professions as well. A performance bond ensures that the project will be completed according to specifications and standards set by both parties involved in the agreement. The contractor’s liability for damages incurred due to their negligence or defaulting on obligations under the contract is covered by this type of bond.

What is a performance bond example?

A performance bond is a guarantee of performance, typically from the bonding company to the party being guaranteed. The person or entity requesting assurance of performance will pay a fee for this service. The fee may be paid in one-time upfront cost or it can be paid periodically. Performance bonds are often used in construction projects and agreements between parties where there is a risk that one party will not perform their duties as agreed upon in the contract.

A performance bond is usually required by law and must be paid in full before the transaction can take place. Performance bonds are often used in situations where one party will incur costs if another does not live up to their end of an agreement, such as when signing contracts with construction companies. They’re also commonly found with real estate transactions, as well as international trade agreements like those between banks and foreign currency exchanges.

A typical example of a Performance Bond would be when two contractors agree to work together on an upcoming project and they enter into a contract with each other to do so. Performance bonds are necessary for any contract that involves construction work on property owned by another party. They also protect government agencies from losses if they award contracts to contractors who default on their obligations under the contract.

Do you get your money back from a performance bond?

When you are hired as a contractor, you will be required to post a performance bond with your state’s bonding authority in order to bid on projects. A performance bond guarantees that the contractor will complete the job according to specifications and within budget and time requirements.

What’s the purpose of a performance bond?

A performance bond is most commonly seen when one party agrees to provide services for another party’s project–whether it’s building a house or providing catering for an event. It ensures that the contracted company completes its job satisfactorily or pays any damages caused by failing to do so.

If you have ever tried doing business with an unreliable contractor, then you know how important it can be for one of these agreements to exist so you don’t lose your money. A performance bond ensures that if something goes wrong, either side can go back and recoup any losses incurred as a result.

Why would you need a performance bond?

A performance bond is a guarantee that the company will perform its contractual duties for the life of the contract. It is an agreement between two parties, one being your company and another party who wants to obtain services from you. You might be wondering why someone would need this type of security when they are not required to provide any collateral.

The answer is because it provides protection in case something goes wrong with your business operations or if you stop performing under the terms of your contract–including subcontractors on your team who fail to meet their obligations.

A performance bond can also protect against losses incurred by third-party creditors, suppliers, customers, and others who have relied on promises made by you about future deliveries or service levels.