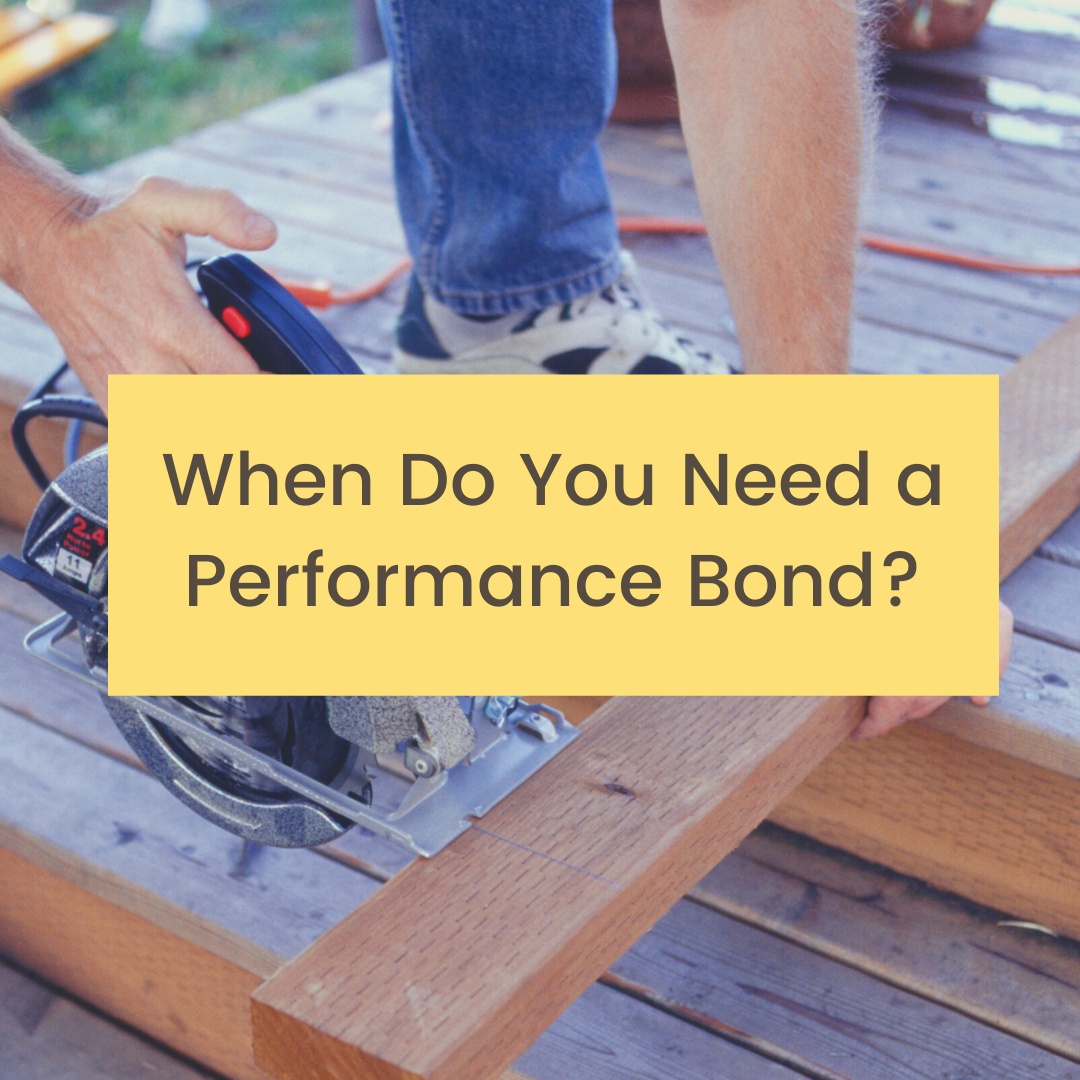 A performance bond is a promise that the person or corporation hiring another will pay for any costs associated with the job, services delivered, or other responsibilities. Performance bonds are commonly employed in building projects where there is a possibility of delays in completion.

If there are no issues with the project’s completion, the performance bond assures that all money will be returned to the person who gave it. However, if there are any challenges with performing work on time and according to the contract’s terms, the cash owed can be recovered from this performance bond without having to go through legal proceedings.

The surety commits to make good on the principal’s commitment to fulfilling under a contract if the main fails to do so. A performance bond can be utilized in a variety of situations. If someone wants to buy a house but doesn’t qualify for a mortgage, they could use a performance bond as security until they do. These are only a few of the applications for this form of agreement, which can have a wide range of outcomes.

When is a performance bond required?

A performance bond is a contract that ensures the fulfillment of a work that has been agreed upon. The third-party commits to cover any losses if the contractor defaults. When dealing with large projects and/or new contractors who may not have a solid track record or reputation, performance bonds are sometimes required.

If you’re hiring a contractor to build your home from the ground up, for example, it’s doubtful that they’ll be able to acquire financing without some type of security in case they don’t finish on time or meet other contractual commitments.

Performance bonds aren’t required in every industry. When a corporation is involved in large-scale projects, has a history of non-payment, or has some other risk linked with their contract, they are required to have them. Before signing any contracts that need performance bonds, it’s usually a good idea to consult an attorney.

When is it appropriate to employ a performance bond?

A performance bond ensures that the provider will finish the task to your satisfaction. It’s usually employed when the scope of work isn’t well defined and may be more complicated than a single contractor can handle. Large building projects and other public works projects frequently require performance bonds to ensure that persons and property are not harmed.

Performance bonds are usually required on larger projects, such as those worth more than $100,000 because there is a greater risk of not completing all contracted services. They can even be employed for lesser works if you have cause to fear the contractor will not complete the job. The size of the performance bond depends on how long it takes to complete the project and whether the contractor causes any delays.

If you’re going to hire someone who hasn’t worked on similar projects previously, you might consider forcing them to sign a performance bond before they start so that you don’t lose your money if they don’t finish.

A performance bond is a guarantee that a company will follow through on its promises. The word “performance bond” can be confusing because it does not only refer to the contractor or subcontractor performing work on-site but can also refer to other elements such as fulfilling deadlines and ensuring products are manufactured according to specifications. Bid security, bid assurance, payment assurance, retention letter, or contract security deposit are all terms used to describe a performance bond.

A performance bond ensures that the contractor will complete the work according to the contract’s specifications. They forfeit their bond if they fail to do so, which can be used by either side to cover any further costs. Performance bonds aren’t just for construction companies; they’re also used in a variety of other industries.

For example, if a musician wants to play at an event and needs insurance against cancellation or inability to show there on time due to transportation concerns or illness, they may need one. When you apply for a license with your state’s Department of Motor Vehicles (DMV), you may be required to post a performance bond as security in case someone tries to make an unlawful copy of their license onto a driver’s license from another jurisdiction.

What is the best place to acquire a performance bond?

Most firms require performance bonds before allowing their staff to work on a project. They assist in ensuring that the company is compensated for any losses incurred during working hours or when an employee fails to complete his or her responsibilities. Performance bonds can be purchased via a broker for a cost, but they may also be available from your existing company.

A performance bond is often issued in the form of a cashier’s check and should include both parties’ names, as well as the type of service being delivered (for example, “painting”) and the duration of the contract (e.g., 60 days). The amount depends on a variety of criteria, including whether you work full-time or part-time.

If you want to know more, check out Alpha Surety Bonds no