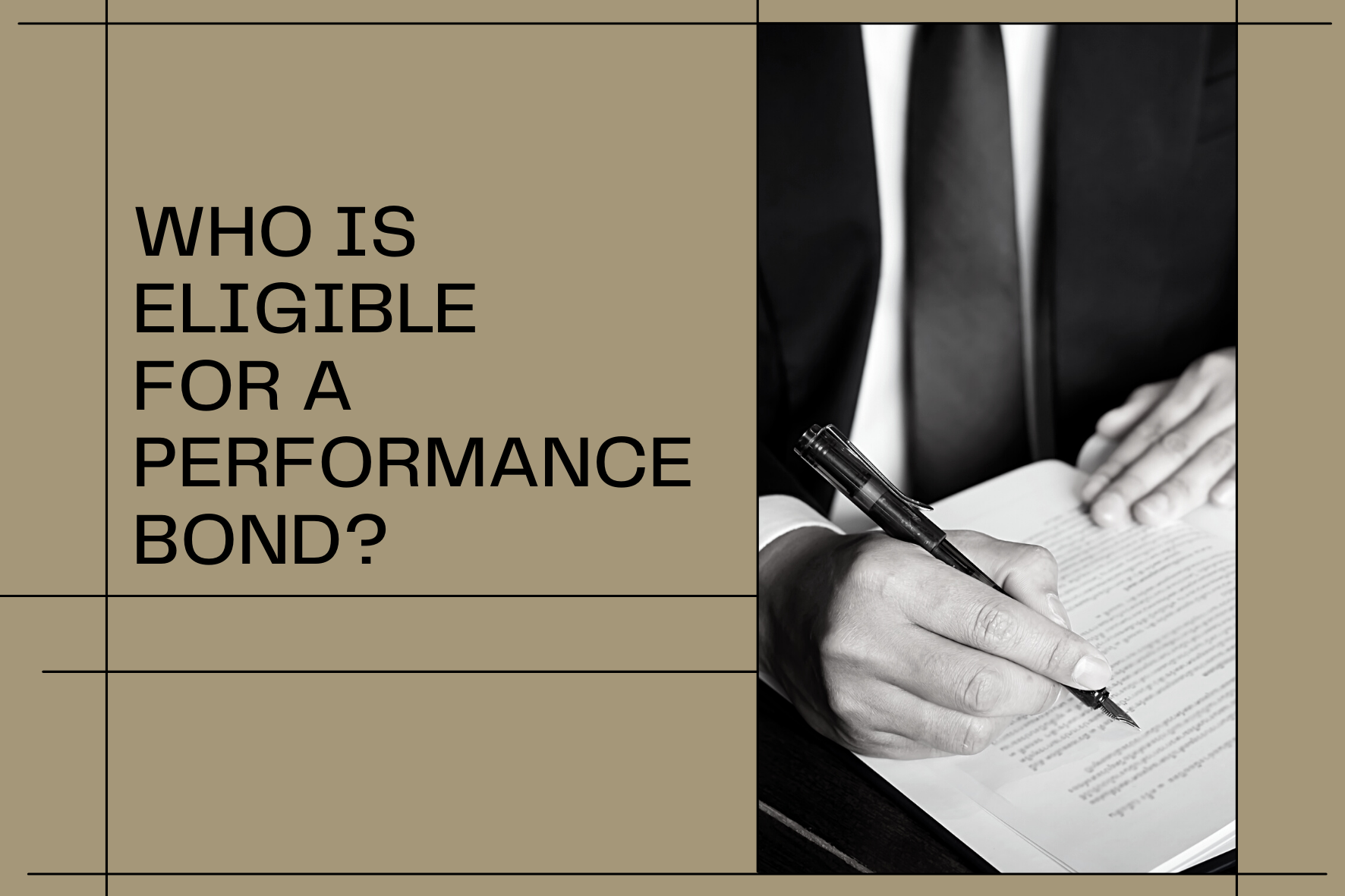 It also provides extra protection for individuals who may have been harmed by the prime contractor’s inability to perform as planned, such as employees, suppliers, and vendors. In a nutshell, it ensures that your project is completed on time and within budget, as planned, saving you money, time, and stress.

The Performance Bond is commonly used in large-scale construction projects with several subcontractors.

Every sort of contract requires a performance bond, and each state as well as municipal authorities have their own standards. Bid Bonds, Contract Bonds, and Sub-Contract Bonds are the three forms of performance bonds now available. Bid bonds are utilized during the pre-construction phase to guarantee bid price; if you are not granted the contract, you will receive a refund.

What is the procedure for collecting on a performance bond?

Typically, an insurer is the recipient of the Performance Bond. They will be paid a fee for delivering the bond, as well as all administrative costs associated with the processing of any claims, such as legal fees and litigation costs.

The Public Owner/Owner is responsible for ensuring that contract performance bonds are in place. If there are delays or nonperformance issues with the contract, they must be addressed with a clear set of remedies indicated in the contract agreements.

The most typical remedy is a time extension, although if specified in the contract, it might also include monetary penalties (keeping in mind other remedies such as extensions of time should not be used without careful consideration). Another key responsibility of the public owner/operator is to ensure that subcontractors have a performance bond. Some contractors will refuse to put a Performance Bond on a subcontractor if they have a Contract Performance Bond with the owner, which is appropriate in some instances.

The insurance company will receive any documentation of nonperformance and delay from the contractor or subcontractor and examine it to see if there is any loss covered by the bond, such as delay damages or cost increases.

Once this has been established, the insurance provider will pay for any losses incurred by the public owner/owner up to the bond’s level of coverage for each performance guarantee insured. Because no case can be predicted, most bonds cover up to $15 million, allowing multiple claims to be covered without exceeding the total coverage amount in a single claim.

Is it possible for performance bonds to be taxed?

According to Section 61 of the IRS law, the premiums received for delivering a performance bond are considered ordinary income and are taxed at the taxpayer’s standard federal tax rate. Once again, it’s critical to speak with your CPA about the impact of taxes on your specific position.

Performance bonds serve as an incentive for contractors to complete projects on time and on a budget since they protect owners from potential costs if the contractor fails to do so.

These assurances are particularly vital in preserving the interests of subcontractors, allowing them to obtain more public contracts without jeopardizing their financial stability. More new innovations will undoubtedly emerge as this sector continues to grow at a rapid pace, contributing even more to improved safety at home and abroad.

When may a performance bond be released?

When all work is finished properly or if the public owner/owner releases the bond, the performance bond can be released. If there are damages, it will be determined by the contract’s provisions for claims and protests.

When will you stop paying the subcontractor?

Payments to subcontractors usually come to a halt when the Public Owner/Owner accepts the contractor’s final payment, or when all performance guarantees have expired without a claim being filed within the time period specified for each type of bond.

It’s vital to keep in mind that these times can differ depending on whether a Sub-Performance Bond is required as part of the initial contract. At the very least, a Subcontractor Performance Bond should be employed, which protects the subcontractor’s work and notifies the owner of the completion, as well as any potential penalties if the work is not completed.

Is a contract performance bond required for every project?

It depends on your company’s or industry’s needs, as well as the specifics of each project you want to take on. Contractors in some industries, such as government, healthcare, and real estate, are required to carry performance bonds in order to bid on public contracts.

This ensures that there will be no delays, as these projects are often hold-harmless agreements involving taxpayer funds that must be fully accounted for. Many private sector organizations, on the other hand, do not need their contractors to carry performance bonds, albeit it would be advantageous if one was available in the event of any project-related disputes or claims.

What is the best place to get a performance bond?

Many insurance companies offer performance bonds as a public service, but you should always consult with an attorney before obtaining one to guarantee that you will be eligible for coverage.

Furthermore, the bond must meet the criteria of your state and local authorities, as well as those of other stakeholders whose interests may be impacted by the project. Also, if you have other types of insurance with this or another carrier, make sure to inquire about prices and whether any reductions apply, as there might be big savings on a number of policies over time.