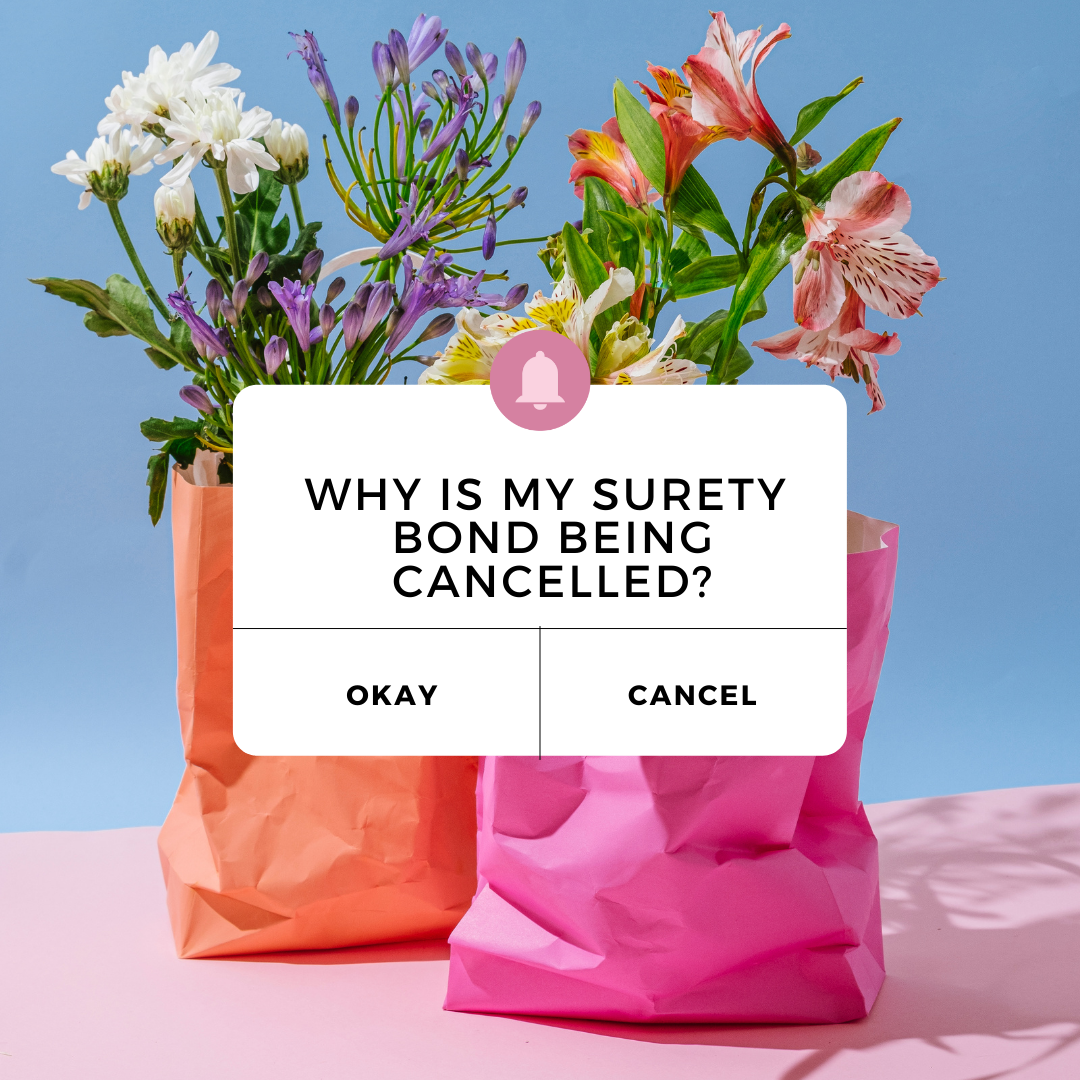 Why is my surety bond being canceled?

Your surety bond could be canceled for a number of reasons. For example, the agency that issued the bond (the obligee) can request cancellation if they feel your business is no longer financially sound or has violated the terms of the bond.

As a contractor, you should be aware that there are some obligations that must be met to keep your bond in good standing on an ongoing basis. This means avoiding things like:

-failing to pay taxes and penalties owed on time

Suspending these compliance responsibilities could lead to the cancellation of your bond. It can also result in fines and legal action by the state, so it’s crucial you know what these requirements entail and take steps to stay compliant with them. Failure to do so will put you at risk of losing your license and having your surety bond canceled (and possibly even facing criminal charges).

Can you cancel a surety bond?

A surety bond can be canceled by either the obligee or the principal. For example, if you are working as a general contractor and have given your surety bond to the agency/obligee, they could request cancellation on your behalf if they feel that you are not financially sound. However, this is extremely rare unless you are already in default.

As another example, let’s say that you are required to maintain your professional license with your state board of accountancy. If you fail to do so, eventually there would be consequences imposed on you-including fines and penalties owed to the state board of accounts-and then your license might become suspended.

This suspension could lead to all of your bonds being called due including vehicle bonds, commercial bonds, and even your surety bond. Once this happens the only way to get your license back would be to pay all of the fines and penalties owed in full, after which the state board might then reinstate your license.

What happens when you cancel the surety bond?

The first thing that might happen if your surety bond is canceled is that you may no longer be eligible for future contracts. This could have a huge impact on your business so you should always try to avoid it! If any of the agencies who issued your bonds feel like your business does not meet their standards, they can cancel your bond and/or refuse to issue new ones to you in the future.

If this happens, there’s little you could do about it other than try to demonstrate why their concerns were unfounded and explain how you’ve improved upon yourself and your company. The next step would then be making changes in an effort to address their complaints. You can also try applying for commercial bonding at another agency or under a different agent.

Who pays for a surety bond cancellation?

If your surety bond is canceled, you as the principal will be responsible for paying back any payments that may have been covered by the bond (like projects you’ve already started). If your bond was canceled due to financial concerns over your company, there may be a delay period before you have to pay anything. This gives you time to improve upon aspects of your business that might have led to the cancellation.

For example, if you go out of business and cannot fulfill your contractual obligations after a contract is issued using your surety bond-or if someone else went out of business because of you-you would be required to pay back any funds or payments that had been released up until that point under the terms stated in the bond.

In this case, the surety company could then pursue any legal means necessary in order to get repaid from either yourself or your corporation. Be aware that these actions can lead to extremely costly outcomes for you and/or your business

Either way, having a bond canceled can cause a large amount of stress and trouble which can affect everything from your future contracts with other agencies to even being at risk of being criminally prosecuted by legal authorities. In order to avoid all of this, it’s important to understand how bonds work and stay compliant with them.

Is a surety bond returned?

A surety bond is returned to the principal if it’s canceled by the agency/obligee. If a bond was canceled because your company failed to meet their standards, they will generally destroy your bond so you won’t be able to use it again. However, if this happens there are other types of commercial bonds you can apply for with another agency (or even under a different agent).

If a surety bond is canceled, it is returned to the principal. So if you are the obligee and your contractor’s surety bond was canceled for not maintaining their commercial license, then you would get that money back from them. In comparison, if you purchased a surety bond from one of our agents and they later canceled it due to non-payment or otherwise violated its terms, the money could be returned to you.