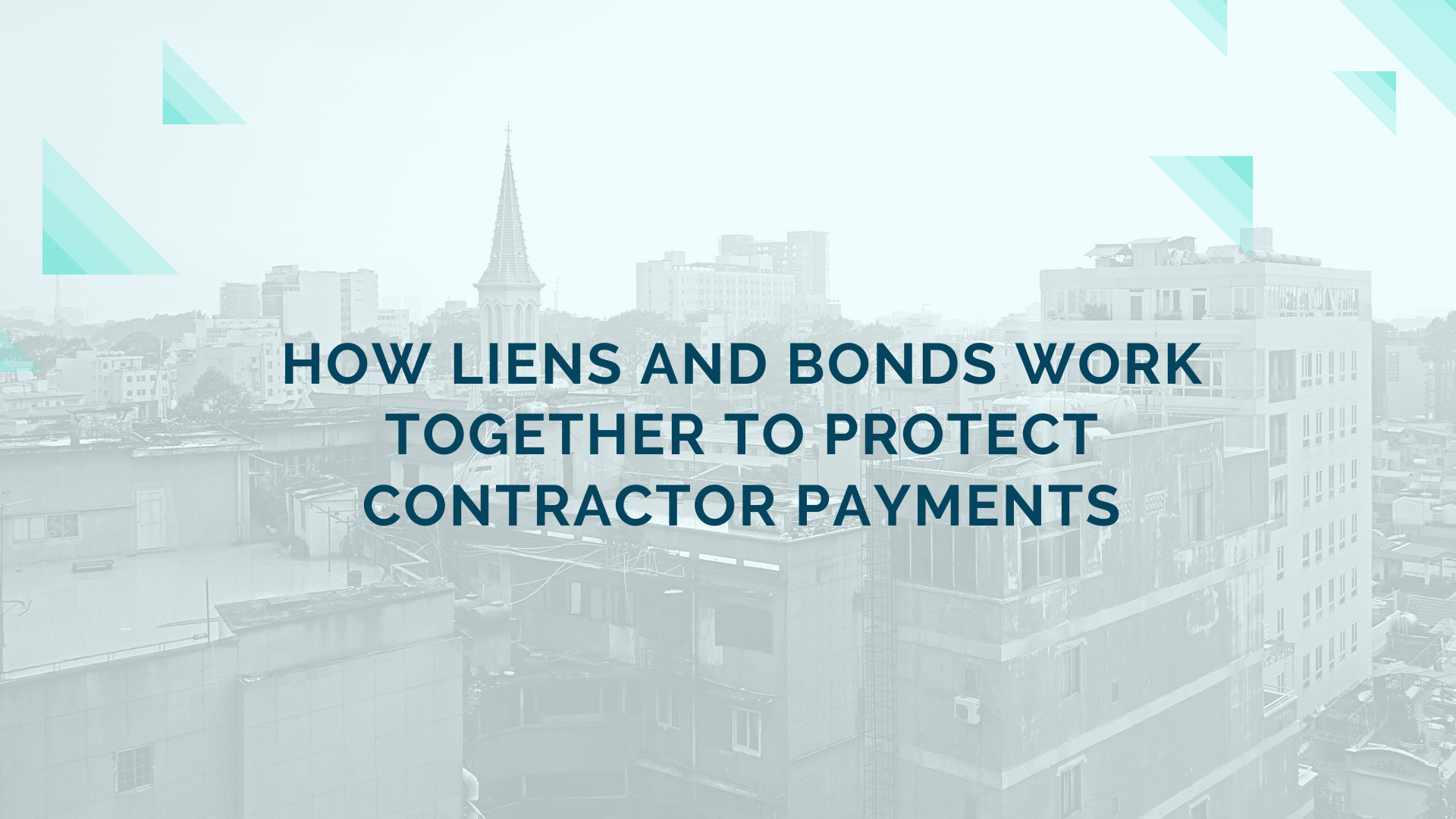 What is the relationship between a payment bond and a lien?

A payment bond guarantees that employees of a contractor or subcontractor will be paid according to the terms of contracts between those parties and that the rights of all claimants will be protected. A lien is an encumbrance on property that has been placed as security for the repayment of a debt.

It is important to understand how these two concepts relate to one another.

The compensation provided under such bonds generally includes amounts withheld from pay, plus interest and penalties. A payment bond also ensures that any material or subcontractors who supply labor or services to the project are paid by the general contractor for their work.

What is the difference between a claim and a lien?

Claim and lien are used interchangeably in different contexts. However, there are distinct differences between these two words. The main difference between claim and lien is that claim refers to any account presented by someone to another for payment or satisfaction while lien refers to an encumbrance on land, usually by the security interest.

This means that a claim is a summarization of the client’s case against an opposing party while a lien is a legal encumbrance on real property, providing notice to all that there exists a liability that might affect the title to or possession of the land.

The difference between a claim and a lien can also be explained by examining the etymology of these two words. Both claim and lien have their roots in Old French from Latin through Old English. The word “claim” originally meant “to appropriate wrongfully,” “hold as one’s own,” or “call upon another for help.”

What does having a lien mean?

A lien is a legal claim against someone’s property by a creditor and can take the form of either an encumbrance or a charge.

When someone has an encumbrance, it means that they have put a hold on the real estate until some financial obligation is met. If the debt is not satisfied, then their right to keep possession of the property may be forfeit.

The other type of lien that can exist is known as a charge, and this would cause the property to no longer be free and clear if payment cannot be made to satisfy both claims simultaneously. What you should understand about each situation is that if someone makes such claims and they go unpaid up-front, then those people could potentially foreclose on the property entirely if necessary.

How do payment bonds work in construction projects?

The payment bond is a written contract required by construction contracts and is supplied as a guarantee on the part of the contractor. It requires that they will pay all subcontractors and suppliers who work on the project; within a certain number of days after receiving their final payment from the owner or developer. It also guarantees that the contractor will complete the project to building code, specifications, and requirements, as outlined in the original contract.

A payment bond is used to cover any costs that may be incurred by subcontractors, suppliers, laborers, and workers. Because claims are made against the contractor within a certain number of days after being paid, short-term payment bonds are used for small construction projects or where the risk of having large numbers of subcontractors involved in the project is great. Longer-term payment bonds are required for larger construction projects with fewer sub-contractors involved.

The amount of coverage provided by a payment bond will vary according to the dollar value of the contract, but most require that 100% of all claims be met up to the full amount on file at any time during construction. The total final amount due must be stated in an attachment added to this form.

What is a lien in construction?

Lien is a term used in construction projects to describe the right of people or companies to retain possession of assets until payments are received for the project. The person or company with this legal right is commonly referred to as a lienor. When the lien is removed, the title transfers back to the owner (see also recording).

The lienholder who retains possession can be paid by liquidating the assets without further recourse against the property owner. If so, he loses his rights under the law and this may harm his bargaining position when negotiating payment on other matters related to the project. On some occasions after an agreed-upon sum has been paid, lien holders may choose not to remove their liens at all, since they have only agreed to accept partial payment.