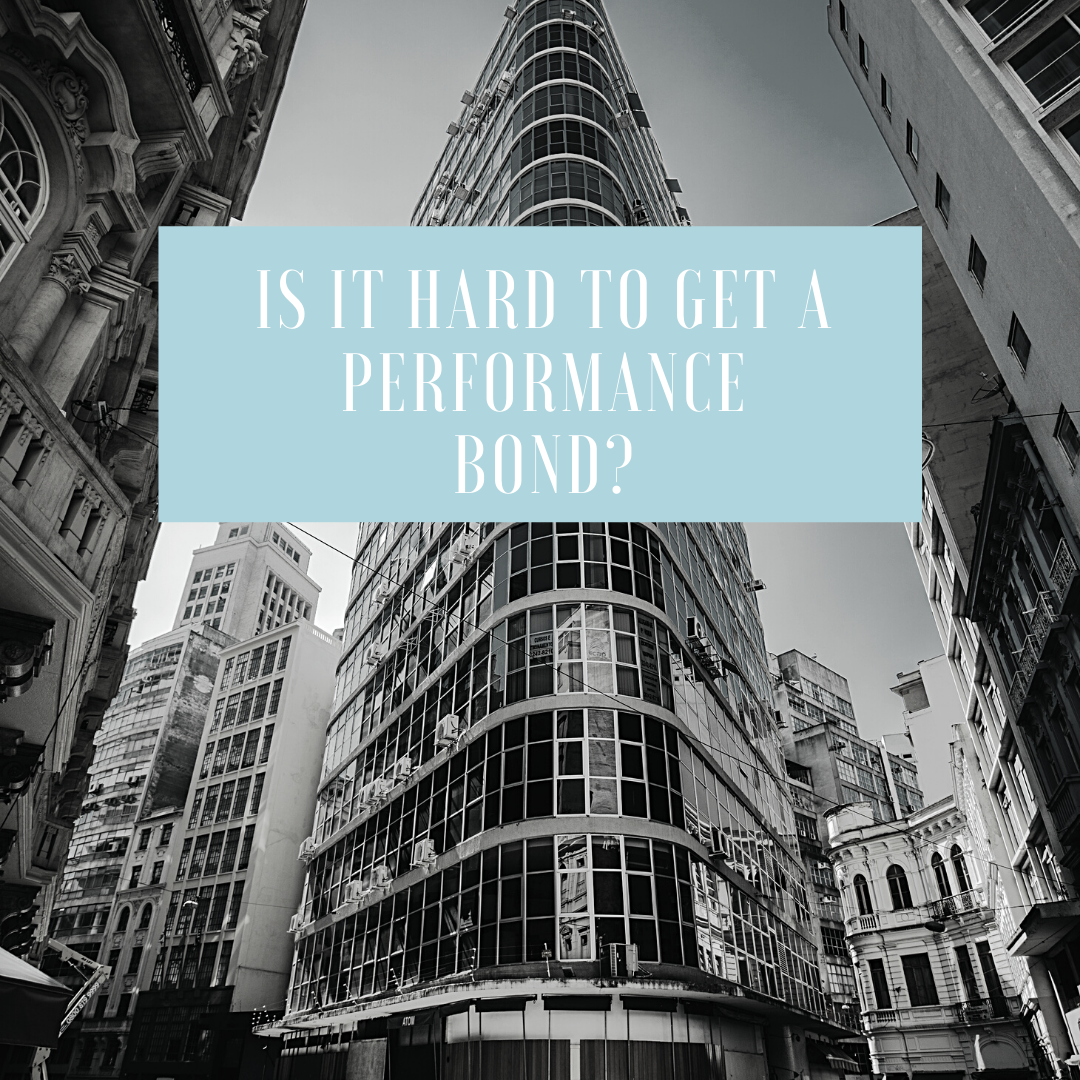 How fast can I get a performance bond?

A performance bond is an insurance policy that guarantees the completion of work or payment for damages incurred on site by another party. Performance bonds are commonly used in construction projects where there’s no other way to guarantee things will be done correctly or on time.

If something goes wrong, it can cost thousands if not millions of dollars which makes having this type of coverage crucial to any project that needs it.  What does this service do? The service offers contractors and subcontractors protection against losses due to non-performance or poor quality workmanship.

A performance bond can be used as an alternative to forming a contract or other type of agreement, and it may be required by law in some jurisdictions. Performance bonds are often requested before work begins so that funds will not have been spent without a guarantee of completion.

What is needed for a performance bond?

What is a performance bond? Most people are not aware of the importance of this type of financial instrument. But, there are many situations in which it’s necessary to have one in order to ensure that contractors will complete the work they’ve been hired for.

The most common use for these bonds is when someone wants to hire a contractor but doesn’t want to give them any money before the job has been completed. A performance bond can be issued by an insurance company or bank, and its purpose is to provide reimbursement if the contractor does not finish what they promised or changes their mind about completing the project altogether.

Performance bonds are needed for any construction, renovation, or installation job with a value of more than $10,000. It is also required for all jobs on public property. For projects with lower values, it may be possible to obtain coverage through other means such as an escrow account or letter of credit (LOC).

The LOC would prove that the company has enough money to complete the work and if they don’t then the LOC holder would pay.  A performance bond can also serve as collateral in case there are disputes about who should be paid first when funds are available from different sources at different times during construction.

When can you ask for a performance bond?

A performance bond is a type of guarantee that an individual or company will fulfill its obligations as promised. Performance bonds are often used in the construction industry to ensure that a contractor completes the job on time and with quality workmanship.  In order for a contractor to request a performance bond, they must first submit a proposal detailing what type of work they plan on completing and how long it’ll take them.

Once this is done, their client can then decide whether or not they want to have them give out performance bonds as well as how much collateral security should be given from both parties before signing off on it. This way, if anything goes wrong with the project, there’s no need for legal action because everything has been agreed upon beforehand!

It’s important to remember that this isn’t an insurance policy for your project – it’s one way you can protect yourself against liability, in case anything goes wrong with their work. Keep in mind that you’ll need to pay upfront for a performance bond, and they’re usually non-refundable if the contractor doesn’t complete their job satisfactorily.

How much does a performance bond cost?

A performance bond is an amount of money that’s deposited with a third party to guarantee the completion of a contract. This type of bond can be called for by either the contractor or the person hiring them, and it will typically cover any losses incurred if they fail to complete their work as promised.

Performance bonds are often required in business deals like construction contracts, but it may also be needed for things like cosmetology licenses where you’re essentially contracting someone else to do something on your behalf. Either way, the cost varies depending on what kind of coverage is needed and how much risk it is involved.

The amount of the performance bond varies depending on what you’re looking to do; however, please note that there are many factors that may affect the final price. For example, if your project requires more than one subcontractor then you’ll need to factor in their performance bonds too!

Performance bonds are often used in construction contracts to guarantee that the contractor will perform work according to certain specifications, deadlines, and budgets. They can also be used for other types of projects like software development. Performance bonds are not issued by banks but rather by specialty companies, but they may help you get financing for your project if it needs one.

A bank may issue it when someone wants to make sure they will get paid for their work, but the company issuing the contract doesn’t want to wait until after completion before paying them. It’s not just banks that issue performance bonds though; in some cases, government agencies or corporations might do so as well.

It’s important for any business owner who has employees on contracts outside their workplace, whether they’re at home or another country, to be aware of this option and consider its potential benefits when choosing how they want to protect themselves from possible losses.