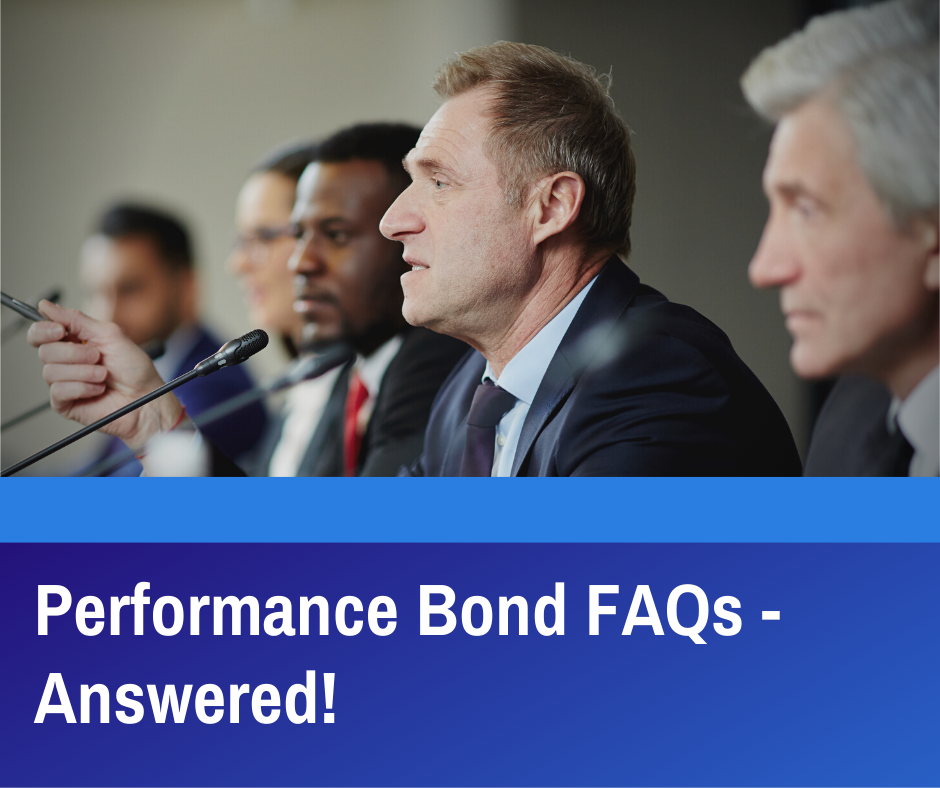 What is a Performance Bond?

A performance bond is an insurance contract that guarantees a company completes the work it has been contracted to do. The agreement usually requires the company to post cash or other collateral as security for its completion of the project, and if it fails to deliver, the bonding agency will pay up. Performance bonds are common in large construction projects and industrial manufacturing agreements where there is a significant risk that one party might not meet their end of the bargain.

A performance bond establishes the terms of payment in which one party agrees to perform some act or provide some service, and the other party agrees to pay them for doing so.  The second party pays upfront for this service, meaning that they are not required to do anything else if the first part fails.

However, the first party must comply with all conditions agreed upon in order to be paid their full fee. If they fail to live up to these requirements, then they forfeit what was already given upfront by the second party (Beware of scams).

A Performance Bond is typically issued by professionals in the industry to ensure that they can be held accountable for any damages incurred during their work on a project. The bond ensures the client’s peace of mind and offers them protection against any unforeseen circumstances or events. Some people may believe that bonds are only designed for large-scale projects, but this couldn’t be further from the truth – performance bonds exist to protect both small and large businesses alike!

Is a Performance Bond a type of insurance?

A performance bond is a type of insurance that guarantees the completion of a project. It can be used to guarantee payment for services, materials, or equipment required to complete the project. Performance bonds are important when projects rely on external contractors because they protect both parties involved in the contract against unforeseen circumstances or problems that may arise during construction and cause delays.

A performance bond ensures that if there is an issue with one party not fulfilling their obligation, then the other party will still receive compensation for their work even if it’s less than what was originally agreed upon in the contract. There are many different types of performance bonds, but all have one thing in common: they require two signatures and some sort of collateral from both parties before funds can be released.

How is a performance bond underwritten?

A performance bond is a form of collateral that is used as security for ensuring the fulfillment of some agreement or contract. Performance bonds can be issued by either an individual or another company, and they are usually required in order to perform construction work on behalf of a third party.

The purpose of such agreements is to provide assurances that the individual or company will complete their obligations under the terms and conditions set out in the contract with no exceptions. It’s important for all parties involved to understand how performance bonds are underwritten so that there is transparency and trust between them.

The underwriter can be a third-party insurance company, bank, or other institution. In order to get the performance bond from an insurer, they need to see evidence that there’s enough money for them to cover claims if there are any problems with your construction project. They’ll want to make sure you have sufficient assets and cash flow streams in place, so you don’t default on your obligation and leave them holding the bag.

What is an indemnity agreement?

An indemnity agreement is a contract in which one party agrees to protect the other from financial loss. In this way, it is the insurance of sorts for businesses and individuals alike. It will typically be included in contracts with subcontractors or joint venturers where both parties are at risk of incurring significant losses if something goes wrong on the project.

If you’re looking for an example of how this might come into play, we can use Tesla’s recent issues with their Model 3 production process. In order to protect themselves from any potential lawsuits or legal action that could result from these delays, they signed an indemnity agreement with parts suppliers guaranteeing them payment if there are any problems. This type of agreement can be used when someone needs protection against unforeseen circumstances such as manufacturing defects in products, accidents on company property, and so on.