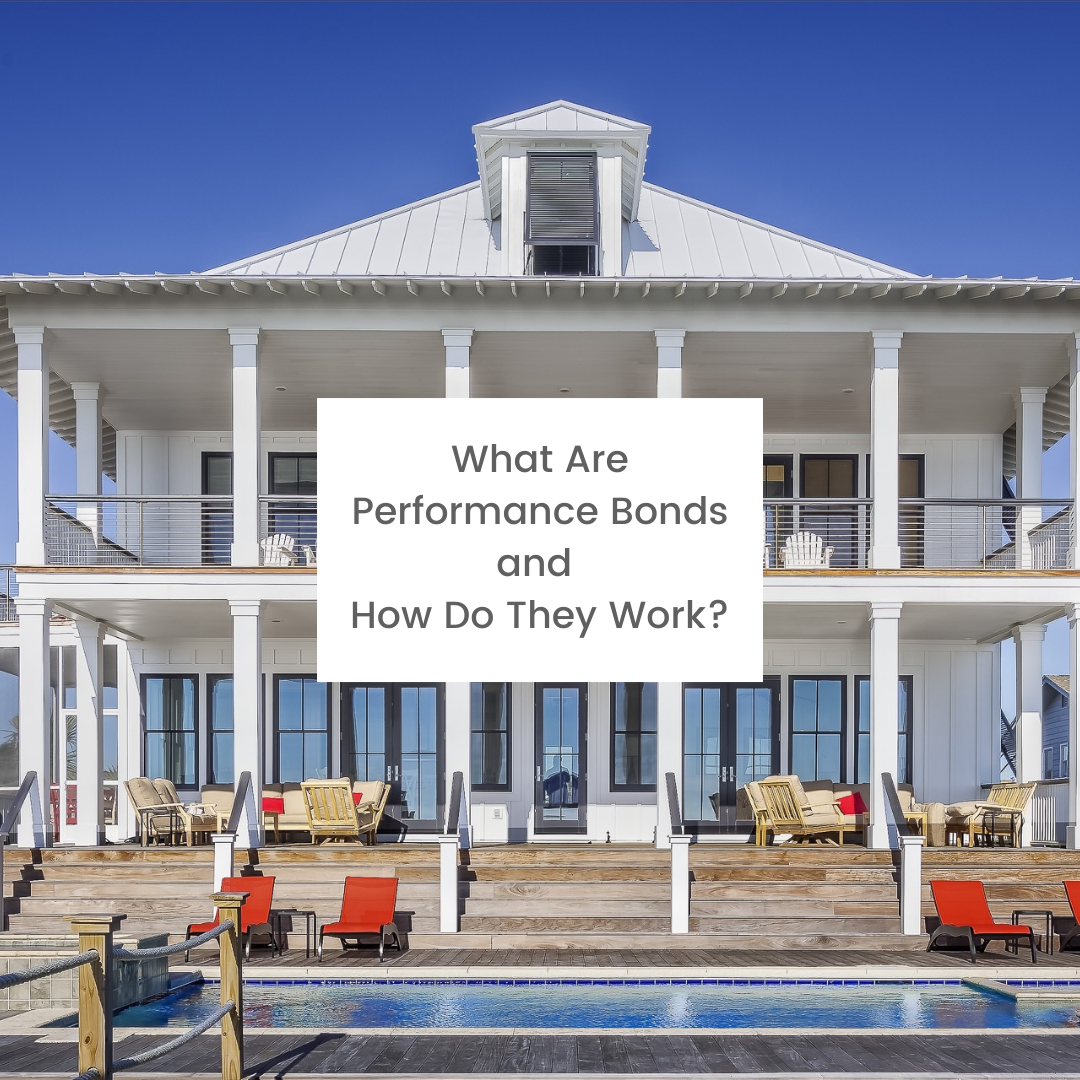 A performance bond is a quantity of money due to someone else, the person who supplies you with the goods or services you require. It ensures that if you do not pay them, they will be able to recover their funds. The opposite party should determine the size of your bond based on their expectations for payment disputes with you.

A performance bond is often needed by the party who employs the contractor and protects the party from financial loss if the contractor fails to complete work on time or meets the contract’s specifications. The amount of money put up as collateral depends on a variety of criteria, including risk assessment and the sort of business is performed. After they’ve been used, performance bonds are usually non-refundable.

The goal of a performance bond is to protect against loss if a party fails to fulfill its commitments under contracts with third parties for whatever reason (e.g., subcontractors). This is usually due to bankruptcy, fraud, or death. It protects people who have granted credit in good faith for the purpose of supplying goods or services on behalf of another person or entity (the contractee) against loss as a result of one party’s (contractor’s) defaults without recourse to other remedies.

A performance bond is a sort of financial assurance that a company will fulfill its contractual obligations. Organizations that contract for significant projects, such as public works or construction, frequently require performance bonds.

The surety firm issues the bond to assure the contracting party that if the contractor defaults on its obligations, it will be paid in full. Bid, completion and payment bonds are examples of performance bonds that cover several stages of a project’s life cycle.

Cash deposits, letters of credit, and surety bonds issued by insurers that undertake to pay for any losses incurred by defaulting contractors are all examples.

This assurance is most typically used in the construction industry, although it can also be utilized in other industries. Although performance bonds are not required for every contract, they do provide peace of mind and security against unanticipated problems later on.

Should something go wrong during or after the completion date, the performance bond ensures that money will be available. The amount mentioned in this contract assures that cash will be available to pay for damages or rework until everything has been done satisfactorily.

A performance bond is a promise that a person or corporation will follow through on its contractual responsibilities. It’s usually required as security for any contract that involves someone offering a service rather than just products.

Performance bonds are frequently employed in the construction sector and by hotels and restaurants at significant events like weddings and conferences. They may also be required when renting equipment for an event from third-party companies.

A performance bond can be obtained online from a variety of companies, including SuretyOne, which offers coverage up to $5 million at charges as low as 1% of the total bond amount.

The individual or firm guaranteeing the work has a vested interest in their own success and that of those with whom they do business. A performance bond can be anything from your word to substantial sums of money put up by banks or other financial institutions.

Performance bonds are frequently used on construction projects such as buildings where there is a risk of delay due to weather, material shortages, or other factors, but they also apply to a wide range of agreements, including software development contracts and even agreements between musicians or artists about performances at specific events.

How can someone be protected by a performance bond?

A performance bond is a contract between the person or corporation who hired someone to execute a job and the person who performed the work. It protects both parties in the event of one party’s failure to perform.

The performance bond assures that the other party will be reimbursed for any damages incurred if they fail to perform as agreed. Individuals can be protected by performance bonds from being exploited, having their time squandered, and not being compensated for work completed.

You may need a performance bond as a business owner to safeguard your organization from damages caused by unreliable vendors or contractors. A performance bond can also ensure that you are paid on time, preventing you from having to pay bills or payroll taxes late owing to late payments from clients or consumers.

Contractors typically bid for contracts and must subsequently post a performance bond of up to 10% of the contract value in order to be hired. If they fail to meet their responsibilities on time, the person with whom they signed the contract will forfeit this money as damages.