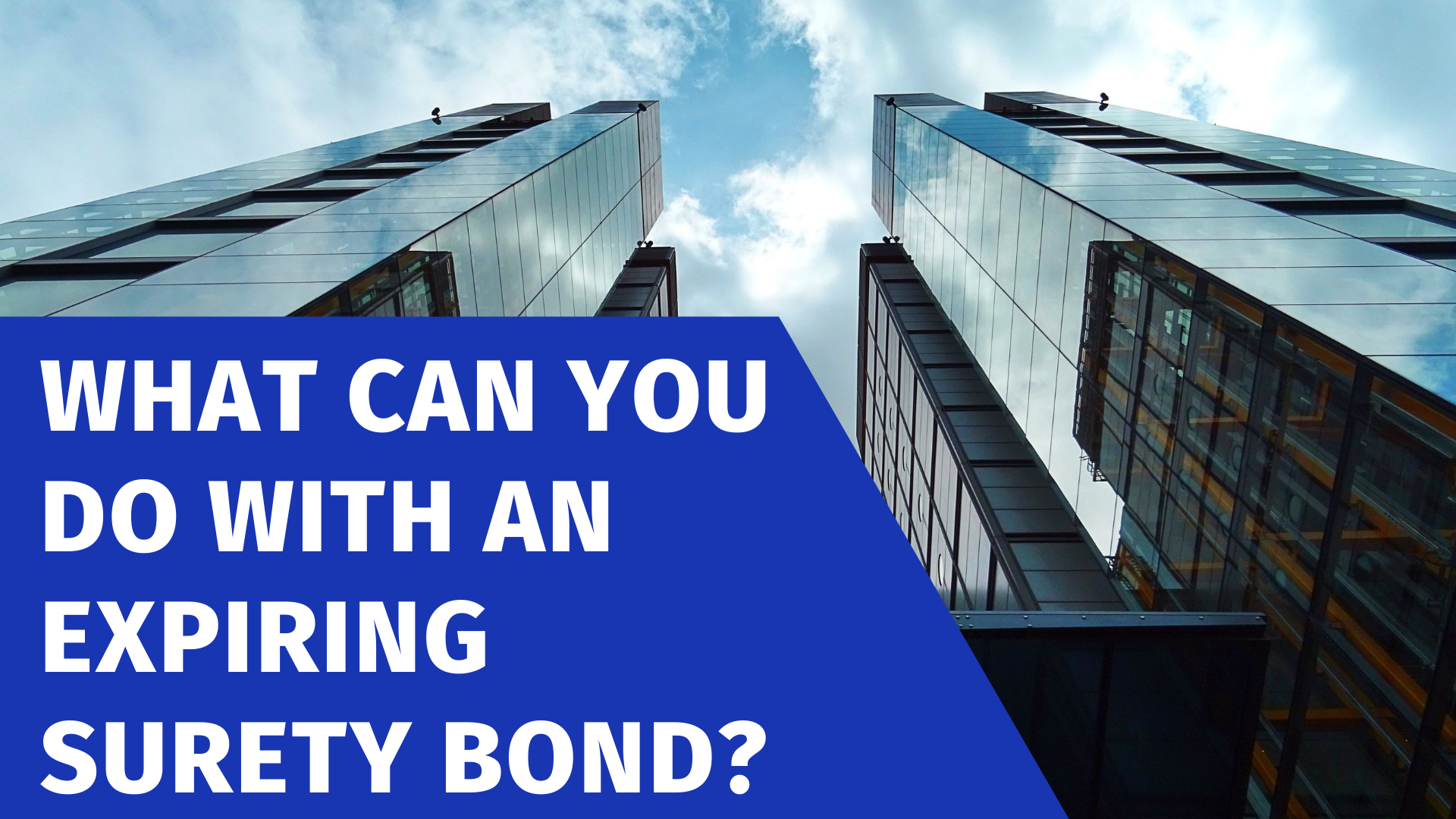 When should I renew my surety bond?

A surety bond is a contract between a guarantor and a contractor involving the performance of work or service. An agreed monetary value of that service is put up as collateral against possible errors or omissions made by the contractor during the course of their services.

However, if a contractor has been issued a performance bond but does not put up collateral only a fidelity bond is issued. The fidelity bonds guarantee their behavior as, means three to five years, with an initial period of 12 months and renewals every year thereafter. A renewal reminder will be sent by the surety company six months prior to expiration so you have enough time to decide whether or not the bond should be renewed. If ignored, your bond expires automatically after one year.

Renewing your worker’s compensation bond early ensures that your business stays compliant with all state regulations as required by law—resulting in a low risk of being canceled or placed under “conditional” status by your insurer. Compliance includes timely payment of premiums, maintaining required financial resources, completing paperwork correctly, and remaining drug-free within the company.

Do you get your money back from a surety bond?

One of the three most common bonds that a business owner has to take out is a surety bond. This type of bond is a pledge or promise to fulfill a mandated obligation, and the two types of bond are commercial bonds and contract bonds.

A commercial bond can be required by several different agencies, which require you to have either an environmental impairment or worker’s compensation insurance policy if you want to sell goods on government property. If you don’t have this kind of coverage, then you would need to purchase a surety bond from your insurance provider.

In many cases, when people refer to an insurance agent “giving them money back for their surety bond,” it is actually an insurance company giving them a refund on premiums they paid for their bond, not money they would get back if the bond was canceled. If you cancel your surety bond early, then you would forfeit all of your premium payments and wouldn’t get any money back.

A surety bond does not expire. The intent of a surety bond is to remain in effect for the life of the contract, which was initially negotiated when the owner and contractor selected a subcontractor to work on-site. If you are still employed by your current employer and working under that contract or agreement, then your surety bond remains active and valid.

If you have left that job and taken another position with a new company, then you may need to take out a new bond depending upon how long ago it has been since you were last bonded. Sometimes an employer will allow employees to keep the same coverage after they leave, so check with yours before taking out another policy.

So if you are still working under the same contract for the same employer, your bond will stay in effect until it is nullified by one of three things happening: 1) The expiration date on the bond passes without renewal; 2) You are fired or otherwise leave your job, or 3) Your surety company cancels your policy for defaulting on payments.

What happens when your bond expires?

If you’re like most people, you probably forgot to pay the monthly premium and missed a few payments. However, it’s not always that simple: Some bonds can remain valid for as long as 20 years! Many people are unaware of these longer durations; typically they only think about when their driver’s license or passport expires. But what about those other licenses? Are the licenses still good even though the person could have moved out of state 10 years ago? The answer is yes – but there is a catch.

There’s no denying that we live in a digital world; every document and identification number has been assigned an expiration date and must be renewed. Unfortunately, most people tend to forget about this process and the items become invalid sooner than expected. Since we live in such a fast-paced world, all of these expiration dates tend to blend together, making it difficult to keep track of them all.

What does it mean to renew a surety bond?

The term of a surety bond can vary depending on its type; it could be one year, five years, or more. Also, some bonds require payment of one full premium upfront while others may only require monthly installments. In most cases, however, there are no refunds once a premium has been paid so it’s important to understand what you are getting into before making a purchase.

There are also situations where an individual or business might have a bond that is no longer active or has been discharged, and they would like to purchase a new one instead of getting rid of the old one. In this case, the purchaser must first make sure the original bond is paid off before applying for a new one.