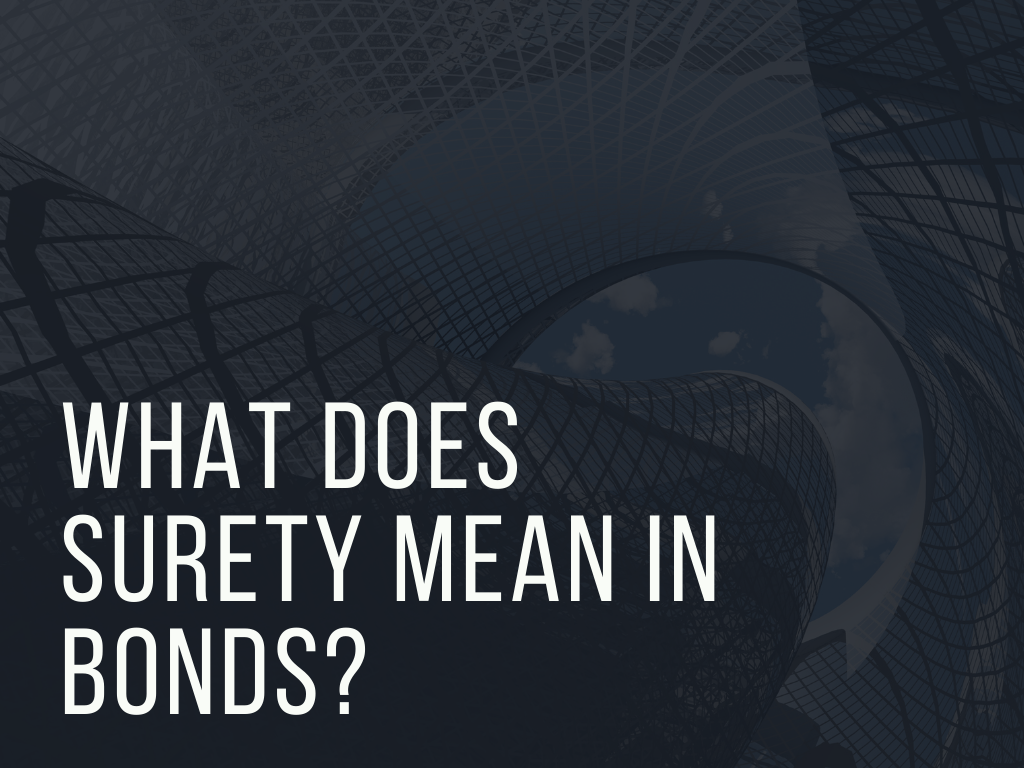 A surety bond is a type of insurance that requires one party to pay another if they break an agreement. The person who pays for the bond also called the principal, will be compensated by the party with whom they have made this agreement.

Surety bonds are often used in construction contracts where there is a significant risk for failing to complete work on time or properly without incurring penalties. They may also be required when someone has been released from prison and needs employment as part of their parole requirement.

A typical example of this would be the contractor’s promise to complete construction on time and within budget. Without it, the client could forfeit all or part of their payment for work that was not completed satisfactorily. The surety bond ensures that if there are any defects in the project, then they will have sufficient funds to cover them up until completion.

The main purpose of a surety bond is to protect one party from being harmed by another party’s failure to live up to their obligations under some contract or agreement. Sureties are also known as performance bonds or indemnity bonds because they serve as protection against loss due.

What is a surety in bonds?

A surety is a person who pledges to be responsible for the debt or other legal obligation of another. For example, if someone defaults on a loan, their lender can go after any assets that may have been pledged as collateral at the time of the loan agreement. If there are none, then they can go after a property owned by others under certain conditions.

One such case is when someone has co-signed for loans with someone else and they default on those obligations. In this instance, both parties could potentially be sued in order to satisfy the debt owed by one party.

A surety is a guarantee, pledge, or promise that you will do something. In the world of bonds, a surety is a person who promises to pay for any debt incurred by the principal (the borrower). The main difference between this and insurance is that insurance only pays when there’s an accident while with sureties they are expected to always be on call.

When can you ask for a surety bond?

Surety bonds are a guarantee of payment for a certain action. This is given by the person who is signing as the surety and if they don’t follow through with what they agreed to, then you can use this bond as security against them not following through on their end of the agreement. There may be times when you need to ask for a surety bond or use one in order to get your project completed or have it finished on time.

If you’re going to be working with someone new, it’s always best to check their credentials first before agreeing to anything so that there aren’t any surprises later down the line. It’s important that you know how much money will be needed upfront just in case something goes wrong.

A surety bond is required if someone has been convicted or pleaded guilty to criminal charges such as fraud, theft, and even white-collar crime like securities fraud. If the offender has not paid restitution in full or does not have any independent means of support then they may be eligible for one as well.

What does a surety bond cost?

What is a surety bond? A surety bond is an agreement between two parties. The first party, the obligee or principal, agrees to pay damages if there’s a breach of contract by the second party. In return, the second party pays a fee for this protection. Surety bonds are usually required when someone wants to become licensed in their profession and needs to show they are financially responsible.

It can also be required for someone who has been convicted of certain crimes or needs government approval to conduct business with another country. If you’re not sure what type of bond you need, contact your state Department of Insurance Division of Financial Regulation for more information!

Who purchases a surety bond?

A surety bond is a type of guarantee that one party will fulfill its obligations to another. It’s an agreement between two parties, and it can apply to many different situations. You may be wondering “who purchases a surety bond?”

The answer: anyone who needs protection from someone else not fulfilling their obligations! A common example would be when somebody purchases a home with the help of a mortgage company; they’ll need to purchase insurance for the property in case anything happens to it which prevents them from paying back the loan.

Another example might be if you’re hiring somebody like an electrician or plumber for work on your house – you might want them to provide some sort of guarantee that they’ll finish all necessary repairs before you pay them any money.