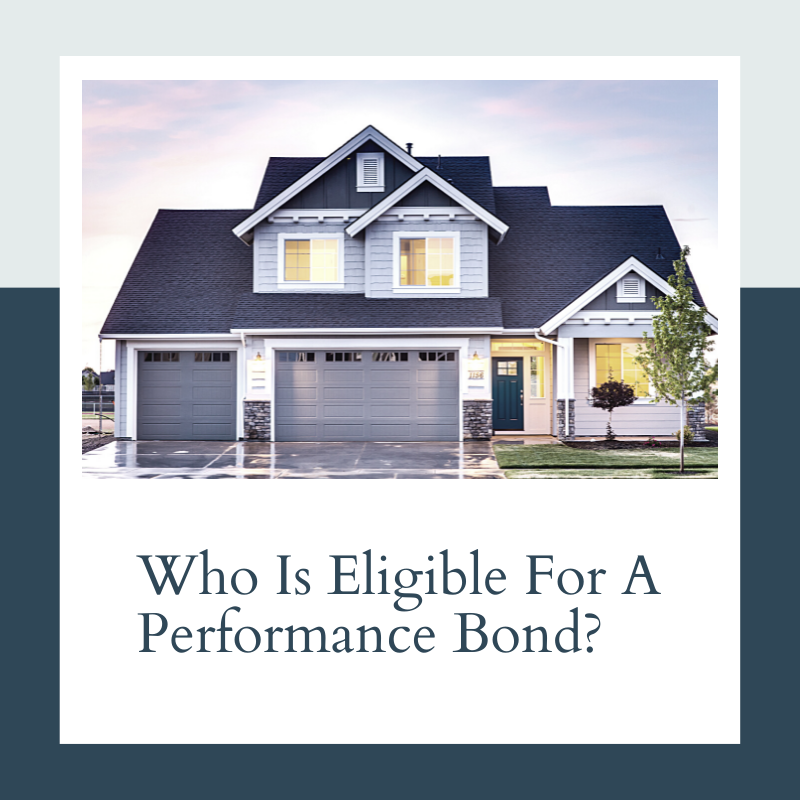 The construction process necessitates the use of performance bonds. They guarantee that if a contractor defaults or refuses to complete their duties, the project owner will be reimbursed for any work done on their behalf. You can wind up with no one willing to do your work if you don’t have it, and you might have difficulties acquiring funding because banks require assurances before providing money. It’s also possible that you’ll find yourself in court, where a judge will decide who gets what based on the amount owing.

Reputable insurance companies create performance bonds, which are employed in a variety of industries, including construction, transportation, and energy.

Many business owners are unaware that they require a performance bond until they have already lost money due to non-performance or faults committed by another organization. You can be in danger if you don’t have one! Continue reading to learn more about this crucial business tool.

A performance bond is a contract between two parties in which one undertakes to compensate the other if the other fails to meet their obligations. Performance bonds are frequently used as a guarantee that funds will be available for payment at a later period or as security for the fulfillment of a contract.

It’s likely that if one side fails to fulfill their part of the contract, they’ll still owe money and won’t be able to repay it – which is why we need something like a Bond: Giving someone something important (like money) that may be taken away if they break their word to ensure another person’s promise or action. If you’re looking for someone who understands your situation and is willing to assist you.

Performance bonds are used in a variety of businesses, but they’re most common in construction, shipping, and other areas where large quantities of money could be lost if work isn’t completed or commitments aren’t met. A performance bond can also serve as insurance in the event of unforeseeable events such as accidents or natural catastrophes.

In a performance bond, who is protected?

A performance bond is a type of contract between the contractor and the person paying for the work. It ensures that if something goes wrong, such as a delay or an unfinished project, your contractor will compensate you up to the amount set in your performance bond.

You must have a formal agreement with a licensed bonding firm that agrees to offer these services in order to qualify for this protection. A performance bond protects both parties against potential damages incurred over the course of their business interactions, thus it’s critical that everyone has one!

It’s most commonly employed in construction projects, and it can go into action as soon as the contract is signed and the materials are purchased or rented. Large-scale projects including bridges, tunnels, skyscrapers, and other big infrastructure generally necessitate performance bonds.

Before signing anything, anyone who wishes to receive money from a contractor should inquire about any performance bonds in order to avoid any delays if the contractor fails to meet their obligations. This way, you’ll know how much money you’ll need up the advance and what your rights are if something goes wrong while the project is being completed.

A performance bond is a monetary or another kind of security deposit that guarantees the fulfillment of a contract. This form of bond ensures that one party will keep their end of the contract and protects the other party in the event that they do not.

Performance bonds are most commonly used in construction contracts when work must be completed by a specific deadline. We’ll look at what a performance bond is and how it can protect both parties in a contract in this post.

When you hire someone to conduct work on your home or business, performance bonds ensure that you receive what you pay for. They protect both parties: if something goes wrong with the project, the contractor is responsible for all costs incurred.

If you’re hiring someone to build your house, for example, you’ll need to put down a performance bond before they begin because the bank will be responsible if they don’t complete the project. Performance bonds can also be used as collateral or insurance against the contractor’s damages throughout the construction process.

What are the advantages of a performance bond?

A performance bond can also be used to ensure that all parties involved have “skin in the game” and are committed to seeing the project through to completion. In this blog post, we’ll look at certain scenarios in which an owner has no other option for recouping losses from a subpar contractor.

A performance bond ensures that a person or a firm will meet its obligations to a third party. If you are hiring a contractor to install new windows in your home, for example, you may demand them to offer a performance bond as proof that the job will be completed on time and on budget. In this scenario, having this type of protection in place protects the homeowner against delays or increased costs connected with replacing contractors when unforeseen problems emerge.