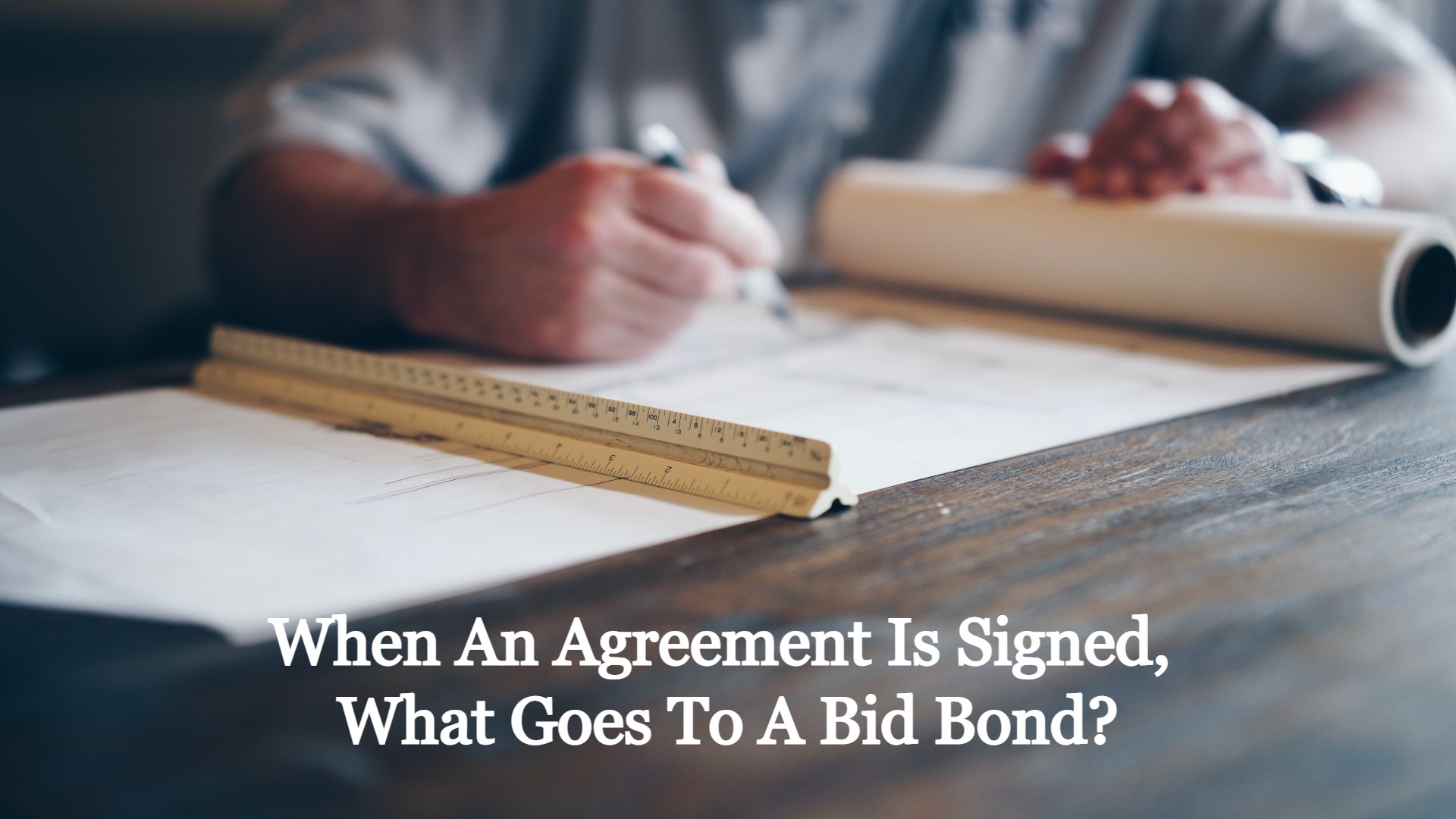 What are the methods for enforcing a bid bond?

If you’re a contractor, you’ll almost certainly need to enforce a bid bond at some point during your employment. Enforcing a bid bond can be difficult, whether it’s owing to the contractor’s own failure to fulfill deadlines or because the project was unable to be completed due to unforeseen circumstances.

If you’re not familiar with how this process works, learning about what happens when someone needs money back from an unearned contract and how to get reimbursed for any money lost may be beneficial. This way, if you ever find yourself in this situation as a bidder or contractor and don’t know where to turn for help with bid bond enforcement, you’ll know where to look!

Some contractors are required to post bid bonds in order to bid on public works projects. The bond is a sum of money that the contractor promises to pay if the contract is not awarded to them. The sum varies depending on the project, however, it might range from $500 to $100,000 per project. This ensures that if a contract is awarded by the government agency managing it, contractors have a financial incentive to follow through on their bids and actually produce services or items.

It’s crucial to know that this does not guarantee that you will get paid; if your company fails to complete the work you promised to undertake, you will have broken your contract and will not be entitled to any further payments.

What is the payout on a bid bond?

A bid bond is a sort of surety bond that ensures a contractor will be paid for his or her services on a project. The amount of the bid bond is determined by the contract’s potential cash value, but it is typically around 10% of the entire project expenditures. If your company is given a bid but fails to meet its end-of-project responsibilities, you risk losing the money to your client. Many contractors join up for our services to avoid such a scenario, and we take responsibility if they fail to pay out on time!

When bidding on public projects and other significant contracts, bid bonds are usually required. If the contractor fails to finish the project according to specifications or fails to fulfill certain contract dates, the bonding company guarantees the whole amount of the contract fee.

A bid bond is used if you’ve been awarded a contract but haven’t yet paid your final payment or if the project is terminated before it’s finished. The bid bond guarantees that the bidder will pay to complete any remaining work on the project if any overdue payments are owed.

What does it mean to put a bid bond into effect?

A bid bond is a sort of contract that guarantees that the individual who submits the winning bid for a job will finish the job. The bond assures that if one of the parties fails to perform their contractual obligations, the other has recourse. Bid bonds are especially frequent in building projects because they protect both parties from losing money if another company fails to perform. Depending on local rules and regulations, the amount of money put up as collateral is usually 10% or less than the amount required for the project’s ultimate price tag.

An agreement must include provisions for both parties to sign off on it after it is completed in order to be executed; otherwise, there may be challenges with understanding what has been agreed upon. This might cause problems if one person fails to keep their half of the bargain, which could lead to legal action being launched against them. Before consenting, it’s critical for all parties involved – including those who have signed off – to understand exactly what they’re signing.

When a contract is signed, what happens to a bid bond?

When a contract is signed, what happens to a bid bond? Many construction managers and contractors have pondered this subject. In the construction sector, there are several different types of bonds, each with its own set of norms and restrictions. The most typical type is a performance and payment bond, which ensures that if there are any defects in craftsmanship or materials, the company will stand behind its product until it is repaired.

Other types include a payment bond, which assures subcontractors, suppliers, and labor that they will be paid in full for services rendered by the general contractor; and an advance payment guarantee, which reduces the risk for both parties by providing construction lenders with security if payments must be halted due to financial distress.

Once this is completed, your company may begin working on the project, and you won’t have to worry about legal action being taken against them because both sides have signed off on it. The bid bond is normally provided after the end of bidding, although depending on how long it takes for the bids to come in, there may be some flexibility.

Is it possible to obtain money back from a bid bond?

A bid bond is a security deposit, usually equal to 10% of the contract price, that ensures you will finish the job. In most circumstances, getting your money back from a bid bond isn’t necessary because you can be sued for damages and other possible penalties if you don’t complete the project or follow through with what was agreed upon in your contract. However, there are some exceptions, such as when a corporation can request a refund at any point throughout the project’s development if things aren’t going as anticipated.