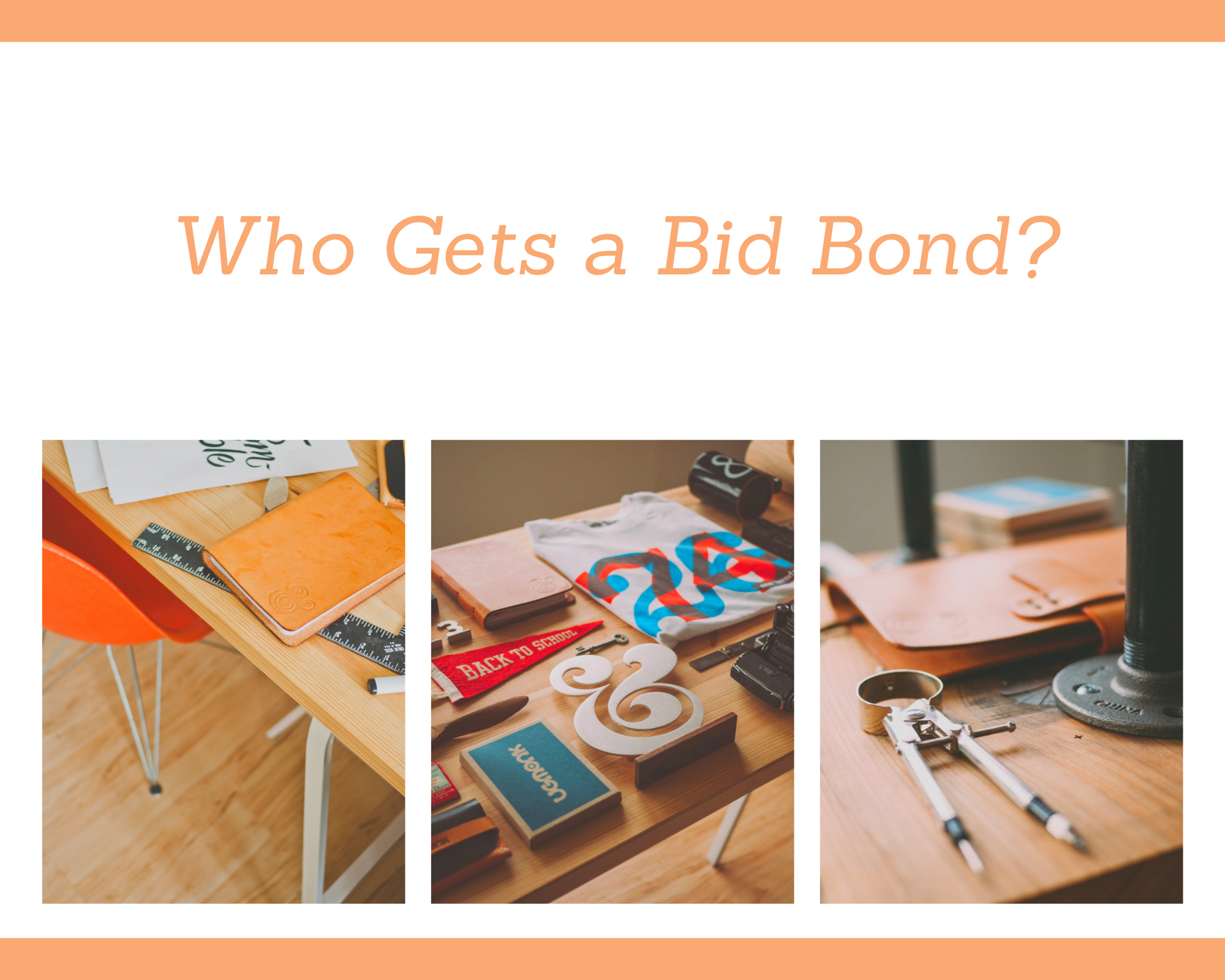 Who needs a bid bond?

The bid bond is one of the most important components in the bidding process. It’s required by law for all contractors that are not licensed or bonded with a state agency to provide a bid bond before they can be awarded a public contract.

The amount of the bid bond varies depending on what type of contract it is- if you’re bidding on $100,000 worth of goods and services then your bid bond will likely be around $5,000-$10,000 (depending on where you live), but if you’re bidding on construction work like roads or buildings then your bid bond might be closer to $50,000-$75,000 – sometimes higher!

It is not necessary for contractors to have a bid bond, but it can be beneficial. When you are bidding on jobs there is always the chance that your competitor will make an offer with lower pricing than yours. A bid bond guarantees that if you win the contract and then fail to perform, then they will pay what was promised in order to finish the job. This way, companies with less capital will not lose out on contracts just because their bids were too high.

Who is a bid bond for?

A bid bond is a form of insurance that guarantees the winning bidder will complete the construction project. A contractor’s bid includes their fee, cost of materials, and other expenses to complete the project.

If they are not sure if they can do it for that price then they must get a bid bond to cover any shortfall in completing the contract according to specifications or under budget. It protects both parties from financial risk if something goes wrong during the course of work on your job site. Bidding without one could lead you into bankruptcy!

A bid bond is a type of performance bond, which guarantees the successful completion of the contract. What does this mean? Simply put, when you are bidding on a project, your company will have to post a bid bond in order to be eligible for the award.

This is an important factor when determining whether or not you are qualified for the job. A bid bond can also protect both parties from disputes over contract terms and conditions that may arise during negotiations between contractors and owners. For more information about what it means to have a bid bond in place, read on!

Who is protected in a bid bond?

Construction projects require a lot of different professionals who are working long hours to get the job done. A construction project manager needs to be sure that they have enough money available in their bid bond account to cover all the subcontractors and other vendors on site. The bid bond protects both the general contractor and any subs or suppliers he might need during his project so that if something goes wrong with one of them, there is still enough money for others.

A bid bond is a type of security deposit that must be paid to the owner of the construction project before bidding on it. The person who has submitted the highest bid and won will then get reimbursed for this payment. If someone else bids higher, they will receive the bond back, but if they don’t win, their money is gone. This means that in order to obtain a bid bond, you have to put up collateral in case you lose your bet with the builder.

Bid bonds are used when a company is bidding on a project and they want to be guaranteed that if they don’t win the bid, they will get their money back. The bidder must put up an amount of money in order to be protected by the bond. If someone bids higher than you do, you can still use your bid bond for other projects until it’s time for payment.

What is a bid bond for?

A bid bond is a type of guarantee that contractors provide when bidding on projects. The bond guarantees they will enter into the contract to perform the work if awarded the project. If they do not win, then no money is owed and their guarantee is voided. Contractors are often required to provide a bid bond in order to be considered for work by public agencies or private entities with which they have never done business before.

The bidding starts at $10 and goes up in increments of 10 dollars. By the time it reaches $500, someone has upped the ante with a new higher bid – but they don’t have enough money for their winning offer. It’s called a “bid bond,” and it protects buyers from fraudsters who might try to get away with buying something by paying less than what they owe.

Who benefits from a bid bond?

A bid bond is a monetary guarantee that the contractor will complete the work on time and to an agreed-upon standard. The contract between a general construction company and the owner of a building or facility specifies that if the contractor fails to fulfill their obligations, they must pay back all costs associated with replacing them with another bidder.

A bidding process ensures transparency in how much it would cost for someone else to do this work, so it’s usually more expensive than just doing what you promised under your original contract agreement. This may not seem like a big deal until there are thousands of dollars worth of damages left behind by an irresponsible contractor.