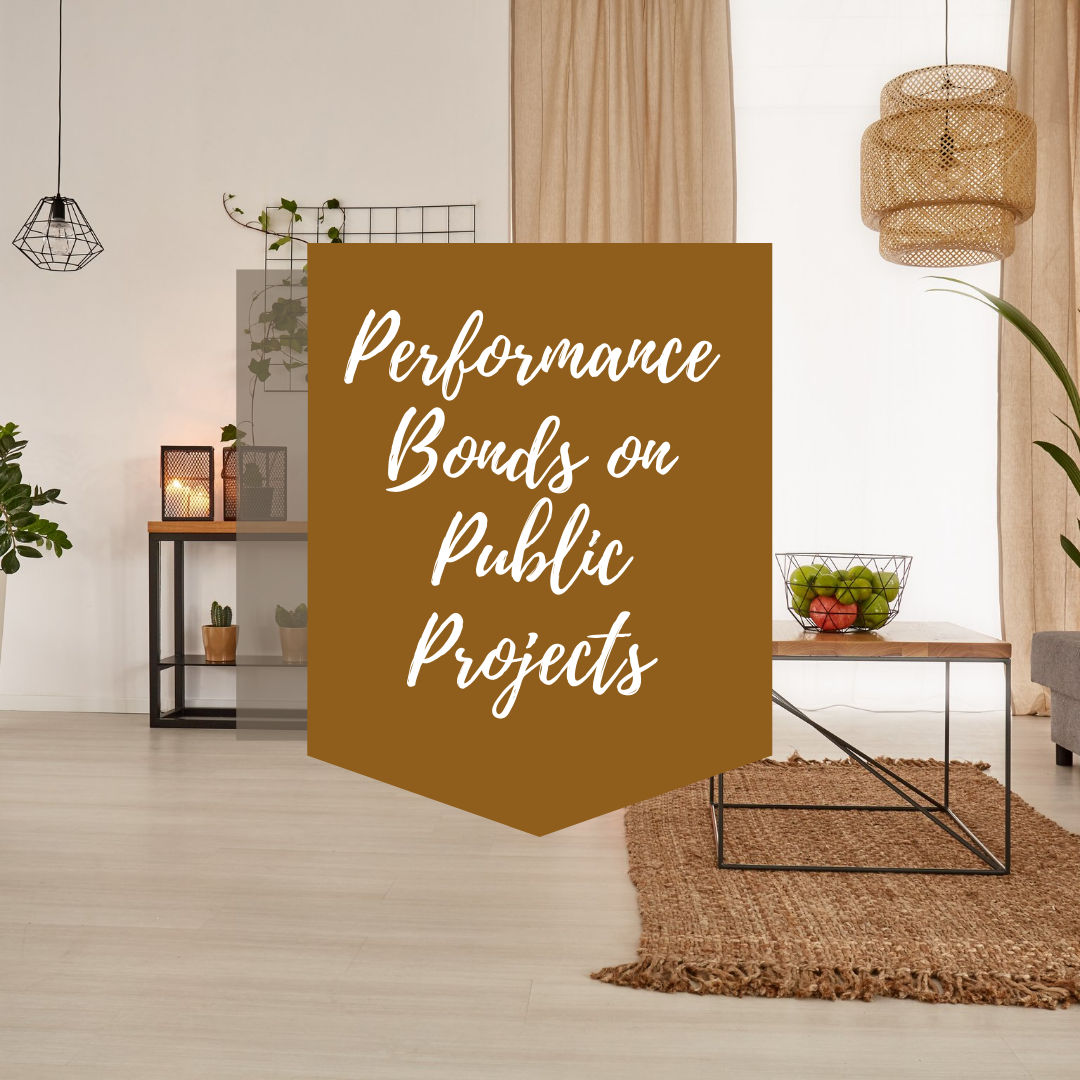 Is a performance bond needed for public projects?

A performance bond is a financial instrument that guarantees to pay an agreed sum of money if the obligee fails to fulfill their contractual obligations. However, in some cases, it may not be necessary for public projects. The government typically hires contractors who are required to provide a bid with a performance bond included, but this does not always happen.

What’s more, even when there is one – it might be too small and inadequate given the size of the project at hand. Performance bonds can range from $5 million upwards depending on contract value and complexity; however, they are often lower than what private companies would put forth as part of their bid package. This leaves many governments wondering whether or not they should require them in order to protect themselves against non-performance by contractors.

The purpose of these bonds is to ensure funds are there to complete the project even when unforeseen circumstances arise. This protects both parties involved because one side has assurances their money will not be lost due to unforeseen events while the other side has assurances work will be completed according to expectations.  Some companies offer specialized services for obtaining performance bonds which can make them an attractive option for contracting purposes.

Performance bonds are used as a guarantee to ensure that the contractor completes their work and does not default. They can be required for any type of contract, but they are most often utilized in public works contracts because there is a high risk involved with these projects.

Performance bonds protect both parties: the owner and the contractor. If a contractor defaults on their responsibility to complete this project, then they will forfeit the performance bond which was given as collateral at signing. This ensures that if anything goes wrong, then someone has something to lose- usually it won’t be you!

The purpose of a performance bond is to protect both parties in an agreement, providing security and peace of mind that each party has done their due diligence in establishing clear expectations and agreements before starting any project together. This minimizes misunderstandings between all parties involved by making sure everyone knows what’s expected from them at every phase of the process so there are no surprises or disagreements later on down the line when things get heated!

How do public performance bonds work?

Performance bonds are an essential part of public construction projects. They provide assurance to the owner that they will be paid for any work performed on the project, and also ensure that contractors fulfill their obligations.

Performance bonds can be collected if a contractor does not perform their duties correctly or has gone bankrupt, ensuring you get your money back. The contract between the owner and contractor includes specific requirements related to performance bond amounts which is why it’s important to know what one is before beginning a project.

The way it works is by putting up an amount of money to protect against any losses that arise from not fulfilling obligations. So let’s say you purchase goods or services for $5,000 with your credit card but something goes wrong with the transaction.

Your credit card company will refund your payment if there has been no fraudulent activity on your account because they have put up their own funds as security so you can trust them to do what they say they’ll do.

How does a performance bond work?

A performance bond is a guarantee that the contractor will fulfill all of their contractual obligations. It is designed to protect the owner against loss due to failure by the contractor or subcontractor to finish work on time and in accordance with specifications. Performance bonds are also known as “progress payments” or “retainage.”

Contractors sometimes request for an advance payment rather than waiting until completion of work, but this risks delaying financing and increases financial risk for the owner. The performance bond provides money up-front while still protecting against losses if something goes wrong before work is completed. This type of agreement allows both parties to be better protected financially without having to wait until after the completion of the project.

If you are thinking about getting a performance bond, make sure you know what your obligations will be and the consequences of failing to fulfill them. Performance bonds come in many forms. They can cover any number of tasks or roles, such as guaranteeing an actor’s appearance at an event or ensuring that goods get delivered on time. It’s important to understand which type of performance bond would best suit your needs before committing and discussing terms with the issuer.

What is a performance bond in a government project?

Performance bonds are used by the government to cover the cost of work that was not completed satisfactorily. Performance bonds can be secured with monetary surety or through personal guarantees from individuals who have been approved by the agency issuing the contract.

The bond amount is determined based on a percentage of total project costs and other factors, such as time requirements for completion and risk factors. In addition to covering any remaining balances owed for projects already begun, performance bonds may also cover future obligations related to an incomplete project if it has not yet reached substantial completion.

A performance bond may be required by law or it can be requested by the project owner as an additional safeguard against non-performance. Performance bonds are often used in government projects, such as infrastructure work involving roads, bridges, and highways.  Government officials believe these guarantees are necessary because contractors are motivated primarily by profit rather than by fulfilling contractual obligations.